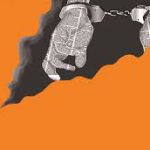 PRESS freedom was a fundamental pillar of modern civilisation. Nearly all countries, save the communist bloc and dictatorial regimes, ensured special protection for the media in their constitutions. There used to be a competition of sorts to highlight media freedoms in developing countries to gain respectability in the international fora. Jailing a newsperson was rare and closing down a media outlet even more so. Sadly, not anymore.

In the age of populism, ultra-nationalism, rising authoritarianism, post-truth and the emergence of leaders who can commit no wrong, there is a new incarnation of press freedom. It is ‘praise freedom’ — where the press is fully free but only to praise. Any alternative view is fake news, conspiracy, anti-national, anti-progress and, in some instances, an act of treason.

As in George Orwell’s novel 1984, ‘War is Peace’, ‘Freedom is Slavery’ and ‘Ignorance is Strength’, so also in the world of ‘praise freedom’ truth is false, facts are non-facts, to dissent is to sow the seeds of chaos, to oppose the official narrative is to mislead the public, to give space to the opposition is to foment divisiveness and to reveal corruption in the highest echelons of power is nothing short of trying to destroy the country. Since the free press does all this, it is ‘the enemy of the people’.

In the era of alternative facts, ‘praise freedom’ is the new press freedom.

A nationalistic zeal is now destroying the space for tolerance, multiplicity of views and challenging the very existence of the free press. Suddenly, not to speak the truth that hurts is ‘patriotic’ and ‘facts’ are no more sacrosanct. US senator Daniel Patrick Moynihan’s refrain that “everybody is entitled to their own opinion but not to their own facts” has been replaced by a different ethos — if facts don’t support a particular contention then invent them.

Over the last several years, we have been witnessing a deliberate discrediting of democracy as a political system. That it is ‘cumbersome’, ‘chaotic’, ‘views of those who don’t know enough’, ‘time consuming’, and that development requires quick decisions and centralised authority. After all, when the leader knows everything, people’s views merely distract and confuse things. Built into this mentality is a disdain for public opinion, accountability and transparency — and for the media that raises too many questions.

Such a mindset leads to a culture of impunity with mega corruption becoming its natural bedfellow. Decline of parliament as an ‘oversight’ body has been a tragic development of late. In the past, governments dreaded facing parliaments because of the grilling and drubbing they would get from well-informed, motivated elected leaders determined to serve their electorate. The decline of the role of the opposition in parliaments has added to the accountability deficit.

The judiciary’s position is not very different, with its eyes not so much on people’s rights and protection of all freedom, as on the government’s wishes. Tragically, the system of ‘checks and balances involving the judiciary and enshrined in every democratic constitution has collapsed. The power balance has shifted in favour of the executive branch leading to the emergence of authoritarian rule and elected autocrats and demagogues. The rise of the all-powerful executive branch, ie government, has led to increased pressure on the press to ‘toe the line’. When press freedom is being curtailed, freedom of speech can hardly remain unaffected. Democracy’s precondition is individual freedom and freedom of speech that a free media embodies as an institution. It thrives on allowing multiple views, especially dissenting ones, to be freely articulated, forming a crucial part of public discourse.

By reflecting these divergent views, media brings the multifaceted thinking process into the public domain, creating that vital intellectual ferment that allows society to choose ideas that benefit it most. Just as body cells die without our blood bringing fresh supply of oxygen so also a society dies without the ‘oxygen of latest information and fresh ideas’ that are brought to fore through a free media, academia, think tanks, civic society bodies, etc.

A precondition for the existence of free media is freedom of speech and thought. As former Ugandan strongman Idi Amin reportedly said, “There is freedom of speech, but I cannot guarantee freedom after the speech”. It is that ‘freedom after the speech’ which is now of highest concern for global journalism. The number of journalists killed, injured, jailed, driven out of the country, intimidated, forced to indulge in self-censorship paint a grim picture. Yet, it is only a part of the whole picture. This ‘missing’ intellectual ferment is the real loss for society and for our future.

Just as the digital revolution brought new challenges and opportunities for the media it has, unfortunately also opened up a new avenue for government control. In many countries under the pretext of preventing the misuse of the digital space, sweeping laws are being enacted with an eye on digital and mainstream media that governments increasingly find difficult to control. US President Donald Trump perhaps epitomises this new era of ‘praise freedom’. From the start, he embraced only the media that praised him and called all others the ‘enemy of the people’. Though he is not the first leader or head of government to hate the free press, he gave the trend its most powerful boost. Leaders from many parts are now ardent followers of Trump and they all want the media not to play its traditional ‘watchdog’ role; they prefer the lapdog variety.

Populism and ultra-nationalism coupled with the rise of religious extremism have made prejudice and hatred an everyday affair leading to new heights of intolerance that seriously affects the functioning of the free media. In Orwell’s words, “If liberty means anything at all it means the right to tell people what they do not want to hear”. What the media is fighting for today is to preserve perhaps the greatest achievement of human civilisation — the right to freedom of thought and right to freedom of speech. The battle is for nothing less.