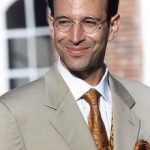 The Sindh High Court on Friday reserved its judgment on the appeals of four convicts in the kidnapping and murder case of American journalist Daniel Pearl after hearing the arguments of the appellants and the state counsel.

British national Ahmed Omer Sheikh was sentenced to death for kidnapping and killing the journalist, and his three accomplices – Fahad Naseem, Syed Salman Saqib and Sheikh Mohammad Adil – were sentenced to life imprisonment with a fine of Rs500,000 each by a Hyderabad anti-terrorism court on July 15, 2002.

Pearl, a US national and the South Asian region bureau chief of the Wall Street Journal, was kidnapped on January 23, 2002, in Karachi and later beheaded by his captors when their demands were not met.

Appellants counsel Rai Bashir and Khawaja Naveed Ahmed submitted that the prosecution had miserably failed to prove its case beyond any reasonable doubt against accused Ahmed and co-appellants as Ahmed had neither aided, abetted, participated in the alleged crime nor had he made any conspiracy for kidnapping for ransom after which the US journalist was murdered.

They submitted that the prosecution witnesses in the case against the accused are mostly policemen and their testimonies could not be relied upon.

They said the recovery of a laptop computer with e-mails and messages foisted on the appellants Fahad Naseem and Adil Sheikh, and their confessions before the judicial magistrate were defective and not voluntary. They said there was no eyewitness of the case and the prosecution relied upon very weak circumstantial evidences which were created by the prosecution.

They said the recovery of the laptop computer was shown from appellant Fahad on February 11, 2002 while computer expert Ronald Joseph had deposed that he was given the computer for verification on February 4 and he examined the laptop for six days and such evidence could not be relied upon and requested the court to set aside the conviction.

Deputy prosecutor general Saleem Akhtar supported the anti-terrorism court judgment and submitted that the prosecution proved its case against the appellants beyond any shadow of doubt and requested the court to dismiss the appeals.

The SHC’s division bench, headed by Justice Mohammad Karim Khan Agha, after hearing the arguments of the counsel reserved the judgment.

Hashim and other co-accused – Asim alias Qasim, Hassan, Ahmed Bhai, Imtiaz Siddiqui and Amjad Farooqui – were declared proclaimed offenders by the court. The appeals of the convicts have been pending with the SHC since 2002.