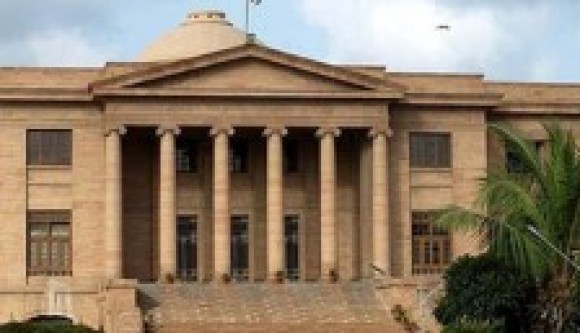 KARACHI: The Sindh High Court (SHC) on Friday issued notice to ARY News on an appeal filed by the federal government and the Pakistan Electronic Media Regulatory Authority (Pemra) against the interim stay on Pemra decision regarding the suspension of the private news television channel.

An SHC single bench on June 24 suspended the Pemra decision on suspension of the licence of the private news television channel till June 27. It, however, restrained the TV channel from telecasting any derogatory, defamatory or incriminating remarks against the superior judiciary and its former members.

Pemra on June 20 suspended the broadcast of ARY for 15 days and imposed a fine of Rs10 million for airing contemptuous programme against the superior judiciary.Additional Attorney General Salman Talibuddin submitted that single judge was not justified in passing the impugned order. He submitted that mala fide on part of ARY News is evident from the fact that even before withdrawing the petition from division bench of the court, the respondent filed lawsuit for obtaining injunction on same ground in which it failed to obtain interim stay from the division bench of the SHC.

He submitted that not a single reason has been given by the SHC bench as to why the order of Pemra has been suspended. According to him, the order is vague and sketchy and without detailed deliberation. He submitted that the respondent had filed petition and later withdrawn without seeking permission from the court for filing the lawsuit.

He said on the very face of it, the lawsuit was not maintainable. He said as interim stay has been granted; therefore, the instant high court appeal has been filed. He submitted that Pemra had issued three show cause notices to the ARY News but the respondent did not file any reply and subsequently the 15-day ban was imposed in addition to Rs10

million fine. He said despite suspension order of the Pemra, the respondent showed deliberate defiance and continued to telecast the transmission which made mockery of the regulatory regime. The court was prayed to vacate the SHC’s single bench order on June 24.SHC division bench headed by Justice Irfan Saadat Khan issued notice to ARY News for June 30.