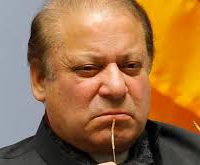 LAHORE/ISLAMABAD: As the mystery surrounding the disappearance of social media activists linked with the Pakistan Muslim League-Nawaz (PML-N) deepened on Saturday, no one less than the party chief himself came out in support of the missing men.

In a rare statement, former prime minister Nawaz Sharif demanded the interior ministry immediately take notice of the issue and ensure the safe recovery of the missing activists.

Mr Sharif’s demand from his own party’s interior minister comes in the wake of reports on social media claiming that certain members of Maryam Nawaz Sharif’s media cell had been picked up for their alleged involvement in a smear campaign against the judiciary and armed forces.

Following the disqualification of her father in the Panama Papers case, Ms Sharif reportedly relocated her media cell from the Prime Minister’s House to Lahore

“Some were operating from other locations as well, while some team members were based abroad,” the source said.

The party source said that some core members of the social media team and other activists had been warned against uploading anti-army and anti-judiciary material on social media platforms, but they did not heed it.

“Eventually about half-a-dozen members of the social media team were picked up,” the insider said, adding that other team members had asked Ms Sharif not to leave them in a lurch.

“She spoke to her father about this and asked him to intervene,” the source said, claiming this was the reason why Nawaz Sharif issued his first statement in support of his party’s social media activists.

Mr Sharif, who is in London and is likely to return to the country on Oct 24 to face three graft cases, said in his statement that it was the constitutional duty of the government to respect freedom of speech on social media and other platforms.

Expressing serious concern over the disappearance of those who were supporting the PML-N’s view point on social media, the former premier said: “It is an attack on freedom of speech. Everybody in the country has a right to express his/her opinion or disagree with others by remaining [with]in the limits of the law of the land and [its] values.”

Mr Sharif further stressed that he truly believed in freedom of speech and wanted the interior ministry to take notice of the “missing PML-N supporters” and ensure their safe recovery at the earliest.

This is the second time in two months the PML-N chief has expressed his concern over the issue of ‘missing’ party activists.

On the eve of the NA-120 by-poll, both Nawaz and Maryam had claimed that “certain active members” of their party had been picked up ahead of polling on Sept 17. But when all five of the ‘abducted’ workers returned, none of them reported the matter to police. Even the Punjab and federal governments kept mum on the matter.

State Minister for Information Marriyum Aurangzeb, who is said to be an active member Ms Sharif’s media cell, refused to comment on the disappearance of PML-N’s social media activists.

However, PML-N MPA Hina Pervaiz Butt, who is quite active on social media, claimed: “There is no media cell of Maryam’s operating either from the residences of the Sharif family or anywhere else. There are several volunteers in the party who support our viewpoint on social media.”

She said the disappearance of some of these activists was alarming and called on the government to do whatever it could to ensure their recovery.

Acting on Mr Sharif’s request, the interior ministry asked the Federal Investigation Agency (FIA) chief to submit a report over any ‘PML-N bloggers’ in its custody.

“The FIA’s offices in Islamabad, Karachi and Lahore have told their boss that they have not picked a single PML-N blogger or supporter in this respect,” an interior ministry official told Dawn.

Interior Minister Ahsan Iqbal told Dawn in Islamabad that the disappearances were being investigated, adding that the FIA DG was expected to submit a report on Monday.

Mr Iqbal said the ministry would formulate a policy under which no political activist or social media activist could be picked up without the minister’s prior approval.

“If any action is required against a political activist or any individual, it should require the minister’s prior approval,” he said, adding that “no junior officer should make such decisions”.

“There should be a mechanism to determine whether a political activist has really carried out an anti-state activity,” he said, adding that such actions were an embarrassment for the government, as well as those who perpetrated them.

When asked about the fate of those who had been picked up earlier, he claimed those individuals had already been released on bail. However, this could not be confirmed until the filing of this report.

Meanwhile, party officials in Rawalpindi seemed completely unaware of any actions against social media activists in the garrison city, even after FIA booked two men said to be PML-N supporters on Friday.

Anwar Aadil and Wajid Rasul Malik were arrested in raids from their residences, but neither former MNA Malik Shakil Awan, nor local general secretary Haji Pervaiz were aware of any such development.