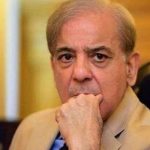 Separately, Pakistan Muslim League-Q President and former Prime Minister ChaudhryShujaatHussain has emphatically said that Mir Shakil-ur-Rahman should be released keeping in view the people and national services of Jang Group if not of Mir Shakil-ur-Rahman.

In a statement, he said in Tuesday’s meeting of the federal cabinet, allegations levelled against Mir Shakil-ur-Rahman and his institution’s services to Pakistan should be weighed. Shujaat said that the cabinet will find that the services of the media group for Pakistan are far greater than the allegations against it.

ShujaatHussain said that in view of his services, he should be released on bail. He said on this occasion when on one hand Jang, The News and Geo are creating awareness among the people about prevailing grave situation and providing them news; on the other hand, Mir Shakil-ur-Rahman’s physical remand is contrary to humanity. ShujaatHussain further said that despite Mir Shakil-ur-Rahman’s arrest, Jang Group’s Daily Jang, The News and Geo are providing news with their fullest responsibility to the whole world which is a proof of his and his father Mir Khalil-ur-Rahman’s loyalty towards the country.