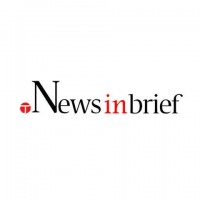 ISLAMABAD: An official of Radio Pakistan was found dead in the Koral police jurisdiction on Saturday.

According to police, the deceased was identified as Muhammad Ilyas, deputy controller of news at Radio Pakistan.

His body was found in Ghauri Town Phase-V, according to Investigation Officer Ashfaq Ahmed. He said the body was recovered on Saturday morning, when a passerby found it and notified the police.

The police said that there were no marks on his body, however, a post-mortem was not conducted at his family’s request.