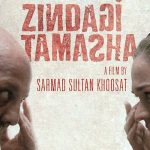 ISLAMABAD: A parliamentary body will watch the film Zindagi Tamasha, directed by Sarmad Khoosat, before it is allowed to be released nationwide, a meeting of the Senate Functional Committee on Human Rights has decided.

After being cleared twice by the country’s Central Film Censor Board, the film was to be showcased in cinemas all over Pakistan on Jan 24. However, that never happened and release of the film has been on hold.

Central Film Censor Board Chairman Danyal Gilani told members of the committee that members of Tehreek-i-Labbaik Pakistan objected to certain content in the film. They had threatened to hold nationwide protests if the film was released.

“The matter has been forwarded to Council of Islamic Ideology. We will be screening the movie for a four-member panel, formed to take a decision after watching it.

“In the meantime, the censor board has requested producers of the film to postpone its release,” Mr Gilani told members.