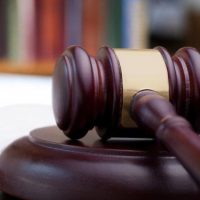 ISLAMABAD: The Supreme Court of Pakistan on Thursday issued a verdict wherein the media has been restrained from airing public comments regarding sub judice matters.

“The oft-used term ‘media trial’ is a real phenomenon and cannot be allowed where the fate of sub judice matters is being decided on public forums as not only the minds of the public are being influenced, but also potentially the minds of the judges, lawyers and investigators, which would obviously tend to prejudice the sub judice matter,” says a 33-page verdict authored by Chief Justice of Pakistan Mian Saqib Nisar in a contempt case against anchorperson Arshad Sharif.

The ruling says that the journalist community and media at large is either misinformed or if not misinformed have silently tolerated such demeanour for so long that the internationally accepted standards for responsible journalism are so far from their line of sight that they fail to see its limits that they so carelessly and recklessly exceed without so much as a speck of remorse.

The court said that the freedom of speech and the right to information provided in Articles 19 and 19A of the Constitution are in no manner “unqualified rights” and may be made subject to regulation and reasonable restrictions. Therefore, while they are to be safeguarded, they cannot be used as a casual excuse to trample on other fundamental rights of another, particularly those which guarantee citizens the right to be dealt in accordance with law and the right to fair trial and due process enshrined in Articles 4 and 10A of the Constitution.

“Drawing assumptions, inferences and conclusions from evidence or the documents filed in a case and stepping into the shoes of a judge on broadcasted programmes may not only convict the accused in the eyes of the public regardless of whether he is ultimately exonerated by a court, but certain comments or opinions may be voiced which could potentially instill bias and prejudice in the minds of the judges, particularly to those who are dealing with the sub judice matter, thereby violating the fundamental rights under Articles 4 and 10A of the Constitution of the persons involved in such matter,” says the verdict.

At the heart of the debate is the need for a balance to be struck between freedom of expression and the administration of justice.

In the context of International law and Pakistan’s international commitments in this regard, lies the International Covenant on Civil and Political Rights (ICCPR) to which Pakistan is a signatory since 2008. While Article 19 of the ICCPR protects, inter alia, the right to hold opinions without interference, the right to freedom of expression and right to impart information.

“All licensees should be sent a notice/reminder of their basic ethics and objectives, standards and obligations under the Code of Conduct, particularly Clause 4(10) thereof, in that, editorial oversight should be observed prior to the airing of all programmes and any programme, the subject or content of which is found or deemed to be in violation of the Code of Conduct in its true letter and spirit, should not be aired by the licensee.”

The court says that while content based on extracts of court proceedings, police records and other sources are allowed to the extent that they are fair and correct, any news or discussions in programmes shall not be aired which are likely to jeopardise ongoing inquiries, investigations or trials.

In compliance with Clause 5 of the Code of Conduct, the court ordered that all licensees should strictly ensure that an effective delaying mechanism is in place for broadcasting live programmes to ensure stern compliance with the Code of Conduct and Articles 4, 10A and 204 of the Constitution, which talks about protect the rights of individuals as well as contempt of court.

With regards to the Monitoring Committee,  the court  directs that licensees (TV channels) include (for each of its meetings) at least one practicing lawyer of at least five years or above practice, with adequate understanding of the law to advise the licensee regarding any potential violations of the Code of Conduct by programmes to be aired in the future.

In compliance with Clause 20 of the Code of Conduct, each licensee (TV channel) shall be required to hold regular trainings of its officers, employees, staff, anchors, representatives etc with regards to ensure compliance with the Code of Conduct with the schedule and agenda of these regular trainings to be intimated to PEMRA through the Monitoring Committee.

If any licensee is found to have violated or failed to observe the Code of Conduct in its true letter and spirit, particularly Clause 4 of thereof, and/or Articles 4, 10A and 204 of the Constitution, strict and immediate action should be taken against such licensee in accordance with Section 33 of the Ordinance.

The court also observed  that the Supreme Court or any high court retains the power to take cognisance of the matter and shall exercise its contempt powers under Article 204 ibid where such court is of the opinion that it is appropriate in the facts and circumstances of the case for it to do so and the unconditional and unqualified apology tendered by Arshad Sharif is accepted in view of the fact that in our opinion it has been tendered sincerely and he has expressed remorse and regret promising not to repeat such reckless and irresponsible behaviour in the future.

Sharif is also warned to be extremely careful in the future, says the judgement.

At the heart of this sub judice rule lies the view that an essential element of fair trial is an impartial judiciary and one simply cannot turn a blind eye to the fact that comment on a sub judice matter in the media or any other widely circulated publication has at least the potential of having an indirect effect on the minds of the judges seized of a matter.

Although judges have the ability to ignore any irrelevant considerations while adjudicating a matter, the mere risk or danger of causing prejudice to a pending matter is sufficient for the law to step in to protect the right of the one being adversely affected. While public interest may at times require that information be provided regarding a certain case, strict guidelines with regards to such publication are necessary to be imposed so as to ensure that the fundamental rights of all persons are given equal weightage including the accused or those involved in such proceedings.

The verdict said that a balance therefore must be struck between the right to freedom of speech and information on one hand and the right to fair trial, to be dealt with in accordance with law and of due process on the other. No person must be deprived of his fundamental right to be tried by an impartial judiciary and unbiased judge and an objective and fair trial unless a certain allegation is proved against him strictly in accordance with the law.

While on one hand such programmes are allowed to be aired thereby protecting the freedom of speech and the right to information; the requirement that they ought to be aired in an informative and objective manner and that no content should be aired which tends to prejudice the determination by a court, tribunal or any other judicial or quasi-judicial forum, ensures that the right to fair trial, to be dealt with in accordance with law and of due process are duly safeguarded. In fact, the Code of Conduct aids the broadcast media and distribution services in compliance of their responsibility under the Code of Conduct by providing pragmatic measures to ensure that they stay within the permissible boundaries of freedom of speech prescribed in the law when it comes to reporting sub judice matters, says the verdict

The court said that the law in Pakistan by virtue of the Code of Conduct in fact places greater trust in its media and journalist community by trusting that they will provide objective information about pending proceedings while taking precautions that they do not pass subjective or prejudicial comments in such regard.

Dawn: SC orders Pemra to ensure editorial monitoring of shows before they are aired