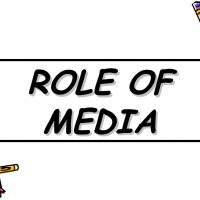 KARACHI: Speakers at a programme shared their sentiments about portrayal of persons with disabilities in the media during a panel discussion held in connection with the International Day of Persons with Disabilities on Monday.

The programme Media & Disability: Pity-heroism Dichotomy was organised by the Network of Organisations Working for People with Disabilities, Pakistan (NOW­PDP) at the Institute of Busi­ness Administration’s main campus. Some members from the media as well as some people with a disability talked about how they feel.

Columnist and anchorperson Zarrar Khuhro pointed out that the disabled got news in the media until bigger news sidelined them. “Some disabled persons get publicity for doing things no one will appreciate a normal person for. So tell us what we are doing right, what we can do better or should we do anything at all?” he asked.

Yumna Ikram, who is visually-impaired, said that she wanted to study computer science because she found it interesting. She also thought that being one of the first visually-impaired people to enter the field would also help open doors for others like her but she was used by television channels to gain sympathy and for raising their ratings.

“I also thought that I should let them pursue their motives while I use their channels to spread awareness for others like me, to show them that if I can do it, so can they,” she said.

Amna Raheel, the girl known to have made her wheelchair her wings, said that she was surprised to find that people thought of her as a hero for doing things such as studying and graduating that were nothing out of the ordinary for any normal individual.

“I was being hailed as an ‘inspiration’. But I wanted to live like a normal person, not a hero. I was feeling like a misfit due to the way me and my work were being portrayed and seen,” she said. “To talk about my feelings, I started blogging. Then I was asked why I was being an attention seeker.”

Fashion designer Munim Kazi, who is also deaf and mute, said that after getting his degree, he applied for a job without putting the bit about his disability in his curriculum vitae. “I didn’t want to be judged for my disability even before meeting the interviewers,” he said.

“But then they realised that I could not communicate with them in the normal way, they asked how they would conduct the interview and I explained to them that it could be done through writing. After bagging the job there was the issue of how to communicate with my colleagues. We started with writing on paper and then slowly they also started talking to me through sign language, which I taught them little by little. When you start communicating with the deaf you realise they are not much different and as normal as you are,” he said.

Rapper and comedian Ali Gul Pir shared his observation that in the plays or movies the roles were especially written for the disabled to gather sympathy. “The little persons too are brought in as funny characters,” he said.

Actor Adeel Husain said that discrimination was part of this world “but there are variations in the reactions you get. But everything isn’t black or white. There are grey areas too.”

Turning to the friends living with a disability, he said: “It is your decision to take such things to heart or pay them no heed and carry on with your work. It is not so simple, I know.”