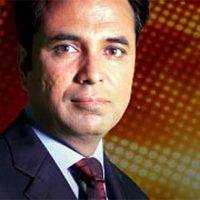 ISLAMABAD: Rawalpindi-Islamabad Union of Journalists (RIUJ) has expressed strong reaction to a campaign on the social media to malign a senior journalist and anchorperson Syed Talat Hussain, says a press release on Monday.

An important meeting of elected members of the RIUJ was held to condemn this drive. The meeting was presided over by RIUJ President Mubarak Zeb Khan. The meeting strongly reacted over the ongoing defamation campaign on social media against Talat Hussain and feared that other journalists could also be made target through such cheap propaganda on the social media.

It was unanimously demanded in the meeting that stern action should be taken against those who are involved in this nefarious social media campaign. Earlier, senior anchorperson Talat Hussain informed the meeting about the incident.