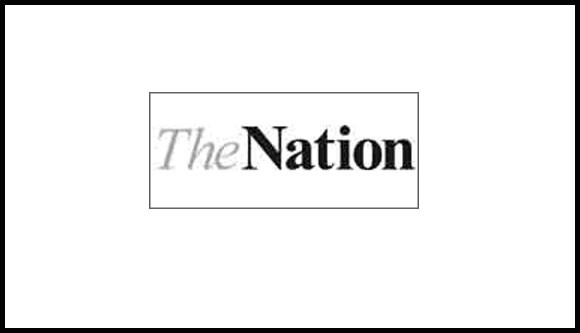 In this age of terrorism, war and conflict, media persons, comprising both print and electronic, are exposed to unprecedented dangers because they take calculated risks. Some pay with their lives while others receive serious injuries and at times are maimed forever. Some are targeted deliberately while others simply are in the wrong place at the wrong time.

Whatever be the basis, it is indeed a matter of concern. Pakistani journalists killed in the line of duty since 1992 is 48, unfortunately, the numbers have swelled since Pakistan joined the war on terror. In the year 2012, to-date, 60 journalists have been killed worldwide, out of which seven were Pakistanis. This number is only lesser than those who paid for their lives while covering strife and conflict in Syria and Somalia.

While journalists expose themselves to perils in their eagerness to cover events in the line of fire and the latest gadgetries, modern protective outfits and shielding techniques have minimised the hazards to life to some extent, but it is of grave concern that media persons are at times targeted deliberately.

Terrorists operating in Pakistan have become media savvy. They tend to use the media to further their own heinous agenda. It was vexing to observe that during “Operation Sunrise”, the siege of the Lal Masjid (Red Mosque) at Islamabad in July 2007, to flush out terrorists holding women and children hostage, the extremists preferred to talk directly to the media, rather than to governmental negotiators. Resultantly, the media in its exuberance overplayed its mandate and assumed the dubious role of mediators and took undue risks. Some media persons, who ventured rather close to the line of fire, received injuries. Worse still, by broadcasting the pleas of the terrorists live, the media inadvertently swung the sympathies of its viewers in favour of the terror mongers, which was their aim all along, but that is another story.

Terrorism is condemnable in all its forms and manifestations. It is an atrocious vice, which is not only denounced by all segments of society, including religious parties, media, members of civil society, intellectuals and key communicators, but also by nation states all over the world. Unfortunately, in pursuance of their odious machination, terrorists continue causing death and destruction of their selected targets to maintain their hegemonic and frightening posture. The recent attempted terror attack by some non-state actors/terrorists targeting a known media figure has created panic in the minds of peace loving people of Pakistan. The attempt failed but the resulting chaos has prompted conspiracy theorists to make conclusions based on hypothetical assumptions, pointing fingers at state actors. This too was, perhaps, the latent plan to besmirch the law enforcement agencies, insinuating that they are responsible for deliberately targeting media persons. The fact that many analysts, commentators and TV anchorpersons jumped to this conclusion, without delving deeper into the case, speaks for itself.

We are dwelling in extremely trying circumstances. Frequent terrorist attacks, the failing economy, extremely high rate of inflation coupled with acute energy and power shortage has frayed the nerves of the people. Casting aspersions, self-doubt and blaming each other for their misfortunes is adding to our woes. It has become imperative that the government gets its act together and undertakes the challenging task of formulating laws to eliminate terrorism and enabling the Law Enforcement Agencies (LEAs) to undertake steps to provide protection to all segments of society including its very important element, the media.

A comprehensive anti-terrorism strategy and its effective enforcement is the need of the hour. The evolved legislation must also provide protection/coverage against slanderous accusations made only to settle personal scores or vendettas, especially against the armed forces or intelligence agencies, tasked to protect and defend the people of Pakistan.

Simultaneously, if there is evidence that certain elements of the armed forces or intelligence agencies are actually involved in targeting media persons and directly subjecting them to torture or use of force to silence them or indirectly targeting them through acts of terror, then such individuals must be identified and meted out exemplary punitive measures.

The modus operandi of enemies of the state to destabilise a nation comprises launching propaganda campaigns and before initiating hostile operations, weakening its resistance through machination, causing the citizens to lose confidence in state organs like the armed forces and law enforcement agencies. Extreme caution, thus, is required to negate such a malevolent connivance.