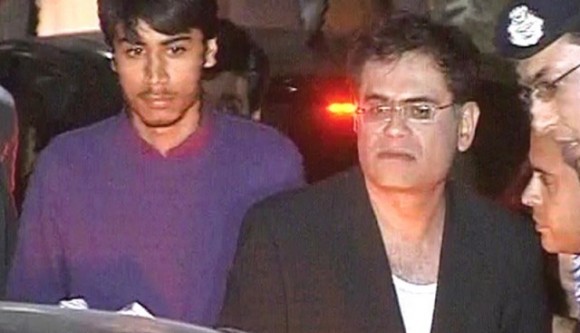 LAHORE: Punjab police made a breakthrough on Friday, arresting six people, including the mastermind behind the attack on Express News anchorperson Raza Rumi.

Capital City Police Officer (CCPO) Chaudhry Shafiq said that the six suspects were involved in assassination attempts on various political and religious persons, adding that they were also involved in terrorism, abduction and cases of extortion.

While talking to the media, Shafiq said that the mastermind of the attack on Rumi, identified as Abdul Rauf Gujar, belongs to the defunct Lashkar-e-Jhangvi (LeJ).

Last month, Rumi came under a gun attack in Lahore, in which his driver, Mustafa, was killed and his guard was injured. This was the fifth attack on Express Media group.