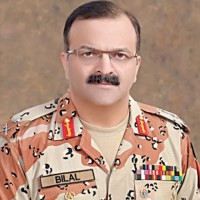 KARACHI: Senior officials of the Pakistan Rangers, Sindh, will be on air twice a day, five days a week on the radio station FM-101 from Friday to receive complaints and suggestions from the public amid the ongoing targeted-operation in the city, said a spokesman for the paramilitary force.

“In the launching show of the programme, an interview of the Pakistan Rangers, Sindh, director general, Major General Bilal Akbar would be aired on Friday at 5pm,” he said. “The show titled ‘Rangers Hour’ would be broadcast from Monday to Friday twice a day — 8:30am to 9am and 5pm to 6pm.”

He said the show on the Pakistan Broadcast Corporation’s FM radio was being designed to maintain direct contact with the people, who could call during the shows to lodge complaints and make suggestions while emails could also be sent at: rangershour@gmail.com.

“Senior officials of the Pakistan Rangers, Sindh, would accompany the host during the shows twice a day to hear the complaints and suggestions of the callers,” he added.