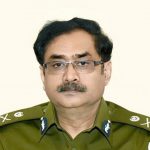 Lahore: Punjab Inspector General of Police (IGP) Arif Nawaz Khan has issued a new media policy through which certain restrictions have been imposed on media interaction.

The policy has been met with outrage from stakeholders who have termed it as a form of censorship and an attack on freedom of information.

A circular issued by PRO Bahawalpur is also making the rounds on social media. The notification reads that no police officer can leak any information concerning the department. If one is found guilty of doing so, strict legal action will be initiated against them.

The notification also forbade media personnel from entering police formations. Further, the directives also stipulated that officers explicitly seek permission from the respective public relations officer. Interestingly, the PRO in many districts, including Bahawalpur, is of a sub-inspector rank.

In a statement, Electronic Media Reporters Association (EMRA) President Asif Butt stated that they will not abide by the IGP’s regulations. Neither the state nor the Constitution allows the IGP to introduce unnecessary restriction on the media, the statement read.

“The media has held the ruling elite, the bureaucracy and corrupt rulers accountable by revealing the truth before the public. Such tactics cannot stop them from bringing forth the truth. If the government does not call off the notification, the government will itself be responsible for it,” the statement added.

Another senior journalist commented that IGP failed to efficiently streamline the police department’s operations and is now pressurising the media in order to cover up shortcomings.

It is no doubt that the policy introduced by Nawaz is problematic. The police department is one which frequently interacts with the public. It is also notorious for its abuse of power. Horrifying facts about the police’s wrongdoings have been revealed by the media.

Media personnel need to be able to move freely within the department in order to extract information.

Taking steps to restrict this ability will raise serious doubts about the department’s transparency. Instead of restricting media coverage, the police should set its own house in order.

The steps proposed by the IGP may also further widen the gap between the police and the public as well as with the media. Whenever the flow of information is hampered, serious disruptions arise.

In the long run, these steps may not be in the police’s favour as they may lose the opportunity to share their version of events. As it stands, the force does not have a system in place to share information without delay.

The disastrous impact of this information gap was felt two years ago when there was a surge in child abduction cases in Lahore and Punjab. It was also felt during the Kasur child pornography case. In both situations, the police’s top command came out to soothe public outcry and to share cold, hard facts.