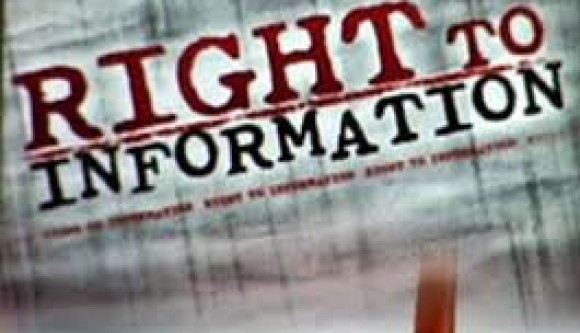 RAWALPINDI: People from all walks of life on Tuesday asked the Punjab government to enact a Right to Information (RTI) law similar to the one passed by the Khyber Pakhtunkhwa government.

Speaking at a mobilisation camp here, civil society activists and others said the passage of the RTI ordinance in the KP province was going to be a game changer in the country. It is ‘something new and positive’ in Pakistan after decades, they added.They said people needed access to information for making their voices heard and resolving their problems.

“We hope the Punjab government will enact the RTI law soon. But we want that the whistleblowers in the government offices should be protected under the law. There should also be rigorous punishment for all those officials who will not respond to the public complaints or provide the citizens with misleading information,” said an official of the Centre for Peace and Development Initiatives (CPDI) that had organised the camp.

Mehr Nasim, a university student, observed that the RTI law would not only empower people but would also help bridge the gap between the citizens and the state. “We, the taxpayers, want to know where exactly our money is being utilised and how? We have waited for decades to get our voices heard and make those at the helm of affairs accountable to the people,” added Zakiya Minhas, an engineering student.

Fareeda Khan, a high court lawyer, said more than 80 per cent pending litigations in courts were related to land disputes mainly because it took years to get the revenue record from the patwaris. She added that the RTI law would make it easy for the people to get the needed information and record within a few days.

The participants said after the passage of the RTI law, it would be the duty of every person to make awareness among people about how to get access to the public information so that maximum number of citizens can get advantage of the law.

The advocates of RTI law on the occasion also asked the federal government to come up with a similar law so that people can ask about the transparency in multi-billion projects, purchase of government machinery or even the travel log of politicians and bureaucrats.

“Let us enter into a new era and claim our rights. After the KP government, other provinces should also formulate similar laws to facilitate the citizens to get access to information,” said Dr Kanwal Khawar, one of the speakers.