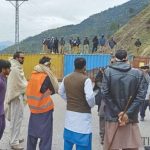 While condemning the action, Ershad Mahmud, the party’s Secretary Information, said in a press statement issued on Friday that the step has completely compromised the credentials of the Facebook administration, which incidentally claims to be a flag bearer of freedom of speech and protection of human rights across the globe.

He also reminded that access to the internet and other communication sources is now taken as one of the basic rights of people the world over and no one can be allowed to deprive the Kashmiris of it also.

The PTI AJK leader also impressed upon the United Nations and other human rights watchdogs to force Facebook administration to restore the user accounts of Kashmiri people and desist from lending support to inhumane measures of India in the occupied Kashmir.