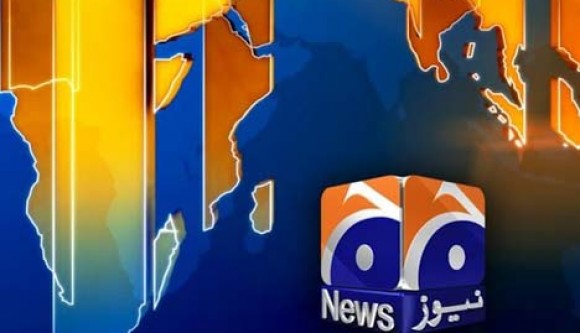 They demanded immediate restoration of the most favourite channel of the country and also supported fully the armed forces operation in North Waziristan.The protesters demanded the government restore Geo immediately as it was the voice of millions of Pakistanis and also those living abroad. They said if Geo was not restored after 15-day suspension, they would be on streets against the federal government and Pemra.

Carrying banners and placards inscribed with anti-Pemra and anti-government slogans, the protesters first gathered outside Jang/Geo offices at Davis Road and then reached outside the LPC from where they took out a protest rally towards Muslim League House at Davis Road. They also expressed solidarity with workers and journalists of Jang/Geo and injured Hamid Mir.

Shaukat Ali sung a national song and the protestors also expressed solidarity with the Army. Khawar Hashmi said Geo is the voice of millions of Pakistanis which could not be silenced on any pretext. Ehsan Wayin said Geo has huge viewership and it can play a vital role in uniting the nation. He called for immediate restoration of Geo.

Nasrullah Malik said the ban on Geo is tantamount to banning freedom of expression, which would not be tolerated. Abdullah Malik said the government and Pemra unlawfully shut down the most favourite channel of the country. He said workers of Jang/Geo have rendered great sacrifices for Pakistan, democracy and independence of media and again they are fighting for their freedom.