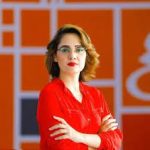 Journalist Gharidah Farooqi is no stranger to online attacks but the past few days has seen a new vicious campaign against her which has been condemned by journalists and press rights bodies including the Coalition for Women in Journalism.

Social media users have targeted Farooqi and said she is one of the women in Sunday’s leaked video of PML-N Vice President Mohammad Zubair. They have shared images to “make their case.”

Farooqi herself took to Twitter to condemn the campaign, vowing never to back down from speaking truth to power.

She also thanked Geo News for airing the news of about the attacks on her.

The journalist has been trending on Twitter since Thursday night but many users seemed to use the platform to spread messages of the hijab, suggesting Farooqi may not have been targeted if she wore the hijab.

Other journalists, however, tweeted their support and condemned the vicious campaign.

Farooqi was trolled in 2019 as well which prompted the Coalition for Women in Journalism to issue a release condemning the threats against her and asking authorities to take action.