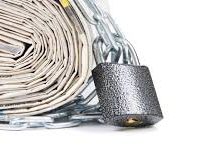 QUETTA: The Council of Pakistan Newspaper Editors has declared the situation regarding press freedom in Balochistan as extremely bad and contrary to democratic standards.

According to a press release issued by the CPNE here on Tuesday, the overall situation regarding press freedom in the province was reviewed at a meeting of CPNE’s standing committee in Quetta presided over by CPNE president Zia Shahid.

The meeting passed a resolution declaring the freedom of press situation in the province as extremely poor and unsatisfactory.

According to the resolution, the intolerant behaviour of certain forces and groups against the media in the province has become a norm.

“Resultantly, journalists, media workers and newspaper vendors find themselves in an untenable situation due to the multidimensional sources of pressure around them,” it said.

Expressing solidarity with journalists and media workers of Balochistan, the CPNE assured them of its full backing and support and demanded that all state and government institutions and other bodies ensure that the freedom of press and expression and right to information are respected according to the Constitution of Pakistan.

The CPNE demanded steps that can truly strengthen press freedom in line with basic human rights.

The Nation: Press freedom in Balochistan under threat: CPNE