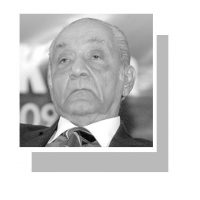 ON Aug 24, a nine-judge bench of the Indian Supreme Court unanimously held that: “The right to privacy is protected as an intrinsic part of the right to life and personal liberty under Article 21 and as a part of the freedoms guaranteed by Part III of the Constitution.” Article 21 says: “No person shall be deprived of his life or personal liberty except according to procedure established by law.”

Thus, the right to privacy is covered not only by Article 21, but is the foundation on which all the fundamental rights rest. Without privacy civilised existence is impossible.

It all began with an article in the Harvard Law Review in 1890 by a young lawyer, Louis D. Brandeis, in collaboration with his friend and law partner, Samuel Warren. Entitled ‘The Right to Privacy’, it won instant attention.

In a famous case of telephone tapping, the US Supreme Court ruled that evidence of telephone conversations obtained by wiretapping did not violate the Fourth Amendment’s guarantee of the people’s right “to be secure in their persons, houses…against unreasonable searches and seizures”.

Justice Brandeis dissented, prophetically predicting: “The progress of science in furnishing the government with means of espionage is not likely to stop with wiretapping. Ways may some day be developed by which the government, without removing papers from secret drawers, can reproduce them in court, and by which it will be enabled to expose to a jury the most intimate occurrences of the home.”

Brandeis lost the day but “the right to be let alone”, which he had propounded for 40 years, eventually won acceptance from the Supreme Court. On Jan 22, 1973, the court noted that though “the Constitution does not explicitly mention any right of privacy…the Court has recognised that a right of personal privacy, or a guarantee of certain areas or zones of privacy, does exist under the Constitution”.

However, no right can be absolute. Limits inhere in the right itself for it is exercised in society. The march of technology has widened the scope of the right and also indicated the restrictions that can be placed on it, for from it flows the right to reputation. That is where the right to freedom of the press comes in.

In 1994, a division bench of the Indian Supreme Court delivered a judgment in the Nakkheeran case which shed much light on the subject. “The right to privacy is implicit in the right to life and liberty guaranteed to the citizens of this country by Article 21. It is a ‘right to be let alone’. A citizen has a right to safeguard the privacy of himself, his family, marriage, procreation, motherhood, child-bearing and education, among other matters. None can publish anything concerning the above matters without his consent.”

But this rule is subject to an exception — if “such publication is based upon public records, including court records. This is for the reason that once a matter becomes a matter of public record, the right to privacy no longer subsists and it becomes a legitimate subject for comment by press and media, among others.”

There is another exception. “In the case of public officials, it is obvious, right to privacy, or for that matter the remedy of action for damages, is simply not available with respect to their acts and conduct relevant to the discharge of their official duties.” The court thus removed the public domain from the right to privacy.

These rules give a broad idea of where the right of privacy ends and rights of the press prevail. One gets a fair view of both from the Code of Practice drafted by “the newspapers and periodical industry” and adopted by the British Press Complaints Commis­sion. It was republished in a revised edition in 2003.

Though perhaps dated, it provides sound rules on privacy and its limits in para 4. It reads thus: “(i) Everyone is entitled to respect for his or her private and family life, home, health and correspondence. A publication will be expected to justify intrusions into any individual’s private life without consent. (ii) The use of long lens photography to take pictures of people in private places without their consent is unacceptable. Private places are public or private property where there is reasonable expectation of privacy.”

All this is subject to an overriding proviso. “The public interest includes: (i) Detecting or exposing crime or a serious misdemeanour. (ii) Protecting public health and safety. (iii) Preventing the public from being misled by some statement or action of an individual or organisation.”

Judicial recognition of a right to privacy is only a first step towards defining its link to press freedom.

The writer is an author and lawyer based in Mumbai.