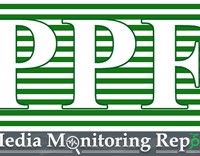 Pakistan Electronic Media Regulatory Authority (PEMRA) has taken the notice of two programmes on September 15 for airing offensive content against a religious minority.

Express Tribune and Jang on September 16 while Dawn on September 17 reported the story that Anjuman Ahmadiyya Pakistan’s President, along with the general public, has lodged a complaint against two TV programs ‘Harf-i-Raz’ of Neo News and ‘Subha-i-Noor’ of Channel 92 for airing some content which was against Ahmadi community, whose members have already been targeted for their religious beliefs.

The Nation in an article “Curbing Hate Speech” published on September 17 also covered the issue and termed PEMRA’s decision against two programmes for airing offensive content as precursor to greater control on hate speech on televisions in the future. On the other hand, the writer has also criticized the complaint system of the country’s only regulatory body and recommended the media watchdog to create news Standard Operating Procedures (SOPs) and not rely on complaints.

Although this story was important to be covered, but only four major newspapers have covered it. In the above mentioned four newspapers, the most vital information that must have been mentioned is the statements from the criticized television channels that all four newspapers have not mentioned in their stories. Another important fact that the leading newspaper ‘The Express Tribune’ has forgotten to mention is the names of the two programmes. However, Jang and Dawn have mentioned the names of programmes. The article published in The Nation covered the story very well by praising the decision of PEMRA and on the other hand, criticizing the body for relying only on complaints, but the writer should have mentioned the names of channels along with the names of programmes for a balanced and factual story.

Sadia Qasim Shah in her news report “Electronic media turns a blind eye to Mohmand Agency’s mosque attack”, published in Dawn newspaper on September 17, discussed the selective reporting by mainstream electronic media and criticized them for not giving due coverage to the terrorist attack on a mosque in Mohmand Agency and airing non-stop tickers of a politician arrested in Karachi. Only two private Pashto television channels aired updates and details of the incident.

The writer in her news story also mentioned the tweets of people from social networking site ‘Twitter’ who also criticized the electronic media. Quoting a statement of right activist-turned politician Bushra Gohar in which she said, “Firstly, Pakhtuns don’t have a channel of their own to highlight issues of this region. Secondly, Punjab-centric media is controlled and right winged. They never discuss serious issues like that of conflict in Fata and displacement.”

Another tweet mentioned in the news was of a writer and analyst Prof. Khadim Hussain that said “the screams of pain of the affected have yet to reach media houses’.

The story contains statements and tweets of different lawyers and right activists who analyzed the happening with reasons that why electronic media did not cover the deadly terrorist attack, but the writer should have also covered any statement from the electronic media persons.

The 92 News channel on September 17 aired a ticker while The News on September 18 published a news story in which writer discussed the reasons for not covering the Mohmand Agency’s mayhem – one reason was that the political administration had imposed a ban on media coverage, whereas the other reason was that the concentration of television channel was on the coverage of arrest and the release of MQM leader Khawaja Izharul Hasan in Karachi.

The TV channels sent their teams to Mohmand Agency from Peshawar, but they were sent back. The local journalists were also not allowed to travel to the attacked area.

While talking to media at Karachi Press Club on September 15, the director of the film Aashir Azeem said, “We are happy that the ban on our film Maalik has been lifted, and it is being screened again. Now the cine-goers should watch it.”

Dawn on September 16 reported the director as saying that six months back, the movie was released after approval from all three censor boards of the country and ran in cinemas for almost 19 days. After 19 days, Sindh government banned the movie, which was lifted after four hours, but later, the federal government imposed a ban without giving any acceptable reason. He also appreciated the media for supporting them.

Pakistan Today on September 12 published an article by a writer, social activist and PEMRA deputy general, Ayesha Manzoor Wattoo, entitled “Ethics for the watchdog of society”. The writer discussed the emergence of electronic media in Pakistan after independence, establishment of the regulatory body PEMRA, its working and the challenges faced by the body.

The writer criticized the TV channels for not following the code of conduct in the race of rating and commercialization. The writer said, “TV channels, in the name of freedom of speech, have become very aggressive in talk shows. In order to get more ads, they invite representatives from different political parties who are notorious for their abusive language and for being short tempered.” The writer also criticized the Ramzan transmissions and programmes based on sensitive issues.

Nawa-i-Waqt and Roznama Express on September 16 reported that Council of Pakistan Newspaper Editors (CPNE) President Zia Shahid has announced the formation of the constitutional reforms committee.

According to a statement issued by CPNE Secretary General Ijaz-ul-Haq, the approval of the committee was given in the recent meeting of CPNE Standing Committee. The committee consists of 16 members. Roznama Tijarat’s Chief Editor Jameel Athar Qazi and Awami Awaz’s Chief Editor Dr. Jabbar Khattak have been appointed as the committee’s chairman and deputy chairman, respectively.

According to other stories reported by Roznama Express and Jang on September 17, the recent meeting of Standing Committee has also approved the formation of CPNE Punjab Committee.

In a notification issued by Secretary General, the objectives of the committee will be to highlight the problems faced by newspapers and the editors throughout the province, organize training workshops in the offices of media houses and newspapers so as to enhance the professional skills of journalists. The committee consists of 48 members. Roznama Taqat’s Rahmat Ali Raazi and Roznama Daily Times’ Kazim Khan have been appointed as the body’s chairman and deputy chairman, respectively.

Roznama Express, Amn, Roznama Pakistan, Intekhab, Nawa-i-Waqt on September 18 published stories regarding the formation of CPNE Sindh Committee, which was also approved in the Standing Committee’s recent meeting. The committee consists of 64 members, the chief editor of Mahnama Khawateen Digest Aamir Mehmood has been appointed as chairman, while editor in chief of Roznama Indus Post Abdul Rehman Mangrio appointed as the deputy chairman.

The News and Jang on September 16 reported that Paul Thompson, Chief Executive and Editor-in-Chief of Radio New Zealand, was elected as the president, while Gary Allen, Managing Director RJR Communications Group from Nigeria, has been elected as the other vice president of PMA.

English language newspaper, Pakistan Today, on September 13 reported that the law enforcement agencies have arrested another worker of Muttahida Qaumi Movement (MQM) for allegedly attacking the media houses. The officials investigated the case very carefully and arrested the accused from Korangi No. 4 on September 12.

The newspaper on September 16 again published a story, while Abb Takk aired a headline on September 16 related to the 22 August incident, according to which Anti Terrorism Court II (ATC II) granted a physical remand of accused Mohsin Ansari for 10 days in the media house attack case.

Abb Takk, Geo News, Samaa TV and Neo News aired tickers and detailed news on September 15 while on September 17, Pakistan Today reported that the detained leaders of MQM Kanwar Naveed Jameel, Shahid Pasha and Kamar Mansoor were interrogated in prison regarding the media houses attack case. During the interrogation, Kanwar Naveed Jameel informed the joint investigation team (JTI), “He was busy in political meeting during the time of clashes on August 22.” Kamar Mansoor claimed that he was unaware of Altaf Hussain’s speech. The third leader Shahid Pasha told JIT that he was at Nine Zero at the time of the attack.

Neo News on September 16 aired a ticker while the staff reporter of Dunya newspaper on September 17 reported that the ATC has reserved its verdict regarding bail applications of three accused, Abdul Rehman, Adeel and Asif Khan involved in the attack on media houses. On September 18, Dunya and two other newspapers, Jang and Roznama Express, reported that ATC has rejected the bail pleas of the MQM’s three workers.

Nawa-i-Waqt on September 17 while Qaumi Akhbar on September 18 reported that launching ceremony of the poetry collection “Muhabbaton Kaa Safar” by senior journalist and Bureau Chief of Neo News, AH Khanzada, will be held at Karachi Press Club on September 18.

ARY News in its programme aired on September 12 in which Arshad Sharif said that PML-N just calls those journalists who don’t question strictly.

Samaa TV on September 13 also aired a ticker that during Laal Haveli coverage, a Samaa TV team was tortured and its camera was broken.

Roznama Express on September 12 reported the news story on a protest held by journalists of Sakrand against civil hospital staff for not allowing reporter Mushtaq Solangi and cameraman Shaban Khashkheli of a private TV channel for news coverage. The writer of the story mentioned the names of the cameraman, reporter and journalists who staged the protest, but did not mention the name of the TV channel.

Amn on September 12 while Nawa-i-Waqt on September 17 also reported the stories covering the protest observed in different areas, including Karachi and Mehar Taluka (an administrative subdivision of Dadu District in the Sindh province), against attack on journalists and occupying Ghulam Ullah, Naseerabad and Mehar Press Clubs.

News One and ARY News on September 12 while 92 News, Aaj News and Capital TV on September 14 aired tickers of the statement by MQM leader Farooq Sattar that said, “I am thankful to media who supported me.”

Jang on September 12 also published an article by Abdul Qayyum Shahid entitled “Maaroof Sahafi or Danishwar Arshad Jalandhari Marhoom”. The writer in his article admired the journalistic services of founder of Urdu journalism and first reported of Roznama Jang from Tharparkar and Mirpurkhas, Arshad Jalandhari.

Aaj News on September 14 telecasted a detailed news covering mourning situation of house of the late cameraman of Aaj News Shahzad Khan. Family and friends of cameraman missed him on Eid day.

Roznama Express reported a story on September 17 that Interior Minister Chaudhry Nisar Ali Khan visited the house of late Zahid Malik, Editor-in-Chief of Pakistan Observer and expressed condolence with the family over the sudden demise of the journalist.