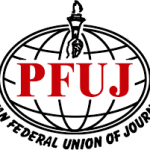 ISLAMABAD: The Paki­stan Federal Union of Journalists (PFUJ) has condemned the government’s decision to impose a ban on advertisements to the Dawn Media Group and termed it a move against media freedom.

Afzal Butt, who heads his own faction of the PFUJ, and Ayub Jan Sarhandi, its secretary general, said in a statement on Friday the move was against all democratic norms and a violation of Article 19 of the constitution, which guaranteed freedom of expression.

The PFUJ office-bearers said journalists were aware of their limitations and restrictions laid down in the constitution.

“However, we believe the government is penalising the Dawn Media Group only because some quarters are not happy over the independent views aired by its newspaper and TV channel over the present state of governance,” the statement said.

The two officer-bearers said an elected government should avoid adopting “tactics of military dictators” by using advertisements as a tool to silence free speech.

“It has come to the PFUJ’s notice that some members of the government’s media team constantly interfere in internal policy matters of the newspaper by suggesting display of news reports and even suggesting headlines,” the statement said.

The PFUJ said journalists would not tolerate curbs on the media and if the government persisted in imposing restrictions, they would have no option but to exercise their right to protest at different forums.

Meanwhile the Karachi Union of Journalists (KUJ) has also criticised the government for banning advertisements to Dawn Media Group, calling it an attempt to strangulate the media.

Ashraf Khan, the KUJ president, and General Secretary Ahmed Khan Malik termed the government’s move a continuation of the Tehreek-i-Insaf’s efforts to silence the media.

“Journalists and other newspaper employees are being laid off and financial lifeline of the media was being choked,” the KUJ said.

It called for reversing the ban immediately as democracy cannot thrive in the country without a free and independent media.