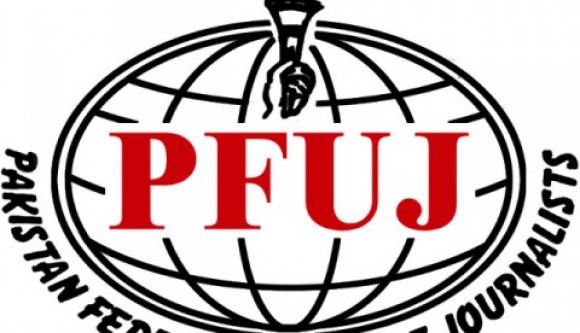 GUJRANWALA: Pakistan Federal Union of Journalists (PFUJ) President Afzal Butt has warned that the newspaper industry workers would not tolerate any move against the freedom of press and urged that all extrajudicial and illegal tactics against the press should end forthwith.

He said the PFUJ had decided to uphold the freedom of press and would not hesitate in rendering any sacrifice in this regard. He said that they would launch struggle for this cause urging the journalists to prepare themselves for the purpose.

Addressing the staff members of Geo News at its local office here to express solidarity with them, Butt said if ban on Geo News continued after 15 days, they would not tolerate the situation and launch a protest movement.The president and secretary of the Gujranwala Union of Journalists, members of Federal Executive Council and a number of newsmen were present on the occasion.