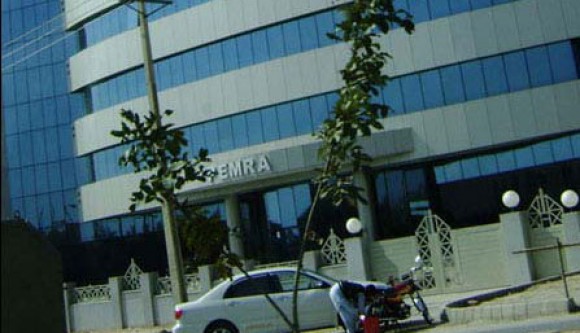 ISLAMABAD: The Pakistan Electronic Media Regulatory Authority (Pemra) on Friday referred the issue of complaint against Geo News to the Ministry of Law for legal opinion after the majority of members contended that the authority could not handle it directly.

The authority has sought the legal opinion of the ministry on the legality of the process adopted so far regarding the complaint of the ISI, filed with it through the Defence Ministry, on many questions including the filing of the complaint with the head office of the authority instead of the Council of Complaints (CoC), issuance of a show cause notice to Geo by a Pemra management committee, hearing of the parties by the instead of by the CoC and most importantly the drafting of a fact-finding report containing two different opinions by two members of the fact-finding committee.

The authority will now have its next meeting on May 16 and if the ministry in its opinion said that the Council of Complaints should handle this matter, then the entire exercise will be repeated afresh.

According to a press release by Pemra, the 95th meeting of the authority was held at its headquarters to discuss various important issues pertaining to the private electronic media in the country, including the complaint of Ministry of Defence against Geo News. The authority members unanimously desired to take up the issue of Geo News on priority agenda.

The meeting, held in a cool and calm environment, was attended by 11 members. Pemra Executive Member Kamaluddin Tipu also attended the meeting.It is important to mention that the PPP, which has historically rendered great sacrifices for democracy, has been openly opposing the unconstitutional steps of the regime against Geo News right from the day of attack on Hamid Mir in Karachi.

The PPP’s top leadership has openly said that though the party faced severe criticism from Geo News and group’s newspapers during its rule from 2008 to 2013, the party always stood for the rule of law, supremacy of the Constitution and democratic values and will vehemently oppose any move to block Geo.

However, Friday night two senior PPP leaders Israr Abbasi (PPP candidate from NA-56 Rawalpindi during May 11, 2013 polls) and Mian Shams insisted on banning the Geo News when the members asked Israr Abbasi about the reference of sections and clauses of law and rules under which the complaint was received, show cause notice was issued to Geo and a personal hearing was conducted.

Israr Abbasi was unable to show any such legal reference and instead of admitting to his mistakes lost his temper and engaged in a hot argumentation with the other members.According to sources, a senior ex-officio member told Israr Abbasi that after the hearing of any matter a decision was given and no “fact-finding” reports were made.

The members told Israr Abbasi that not only his understanding of issues was wrong, but also he was not aware of rules under which he conducted the hearing of Geo.

According to majority members, any decision on the basis of improper legal proceedings could have rendered the authority in a flux; therefore, they decided to solicit the legal opinion of the Ministry of Law on the fact finding report of the Pemra’s committee within one week.

However, Israr Abbasi contended that since it was for the first time that the ISI had knocked at the doors of the authority for justice, the case should be decided on the basis of fact finding committee’s report without adopting procedure and seeking legal opinion of the Ministry of Law. This was completely against the party position.

Majority members did not agree with the two and were of opinion rules and regulations must be adhered to fully while deciding the case.

In response, both members not only boycotted the proceedings and left while announcing their resignation, but also stated the same after coming out of meeting in the live press conference.

However, another member of the authority, Shama Parveen Magsi from Balochistan, took stand on principles and supported following rules and the law.

It was also agreed that the recommendations of the Councils of Complaints would also be taken into account while deciding in the matter pertaining to the Geo News.

During the meeting, it was decided to take action under the Pemra laws against 10 non-operational TV channels which have failed to launch their transmission within the stipulated time period.

The role of Pemra Councils of Complaints was also discussed at length. For swift disposal of public complaints against broadcast media or distribution networks, the authority decided that the Councils of Complaints will hold regular meetings and the schedule and venue of the Council’s meeting would be advertised for information of the general public, concluded the press release.

During the meeting, majority members argued that as per rules, Pemra could not directly handle this matter and first it should have been referred to the Council of Complaints.

The issue of showing indecent haste in issuance of the show-cause notice to Geo News was also raised by some of the members.

The Pemra members pointed out that the laid down procedure was not adopted with regard to this specific matter.

During May 6 hearing Jang Group lawyer Akram Sheikh maintained that the authority could not take up the complaint, as it was without chairman.

It is pertinent to mention here that, putting aside the agenda, the members got entangled into legal aspects of the matter and differences were quite clear on the Authority directly handling it, setting aside the proper procedure.

Talking to media persons after the meeting, Israr Abbasi and Mian Shams announced to distance themselves from the matter, alleging that some members were favouring the Geo TV and were opposed to taking any action against it.

Israr Abbasi said they did not want to be part of any controversial decision. He claimed that the authority members were under pressure.

Abbasi said Geo News would benefit from the fact if the matter was referred to the Council of Complaints. Abbasi also charged that some members were not in favour of taking up the Geo TV issue during the meeting.