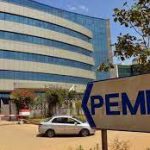 The authority also accorded approval to issuance of licenses for educational purposes on non-commercial basis to Punjab Institute of Language, Art and Culture in Rawalpindi and Multan.

The meeting also gave approval to revised budget expenditure of PEMRA for year 2020-2021 and budget proposals for 2021-2022.