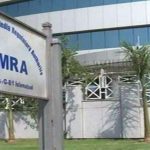 ISLAMABAD: Pakistan Electronic Media Regulatory Authority (Pemra) Chairman has received second complaint of women harassment against a senior officer in less than two months.
The first complaint was filed by a female employee of State Life Insurance Corporation in the mid of November last year who claimed that Pemra’s senior officer harassed her and misbehaved with her. However, she withdrew the complaint the same day on the directions of her bosses. She claims that she received indirect threats of taking back all the business Pemra is giving to State Life Insurance Corporation. The fear of losing the business compelled her to withdraw the harassment complaint against the officer within hours.

The second complaint was filed by a female staffer of the regulatory body on January 10, 2020. The Pemra staffer filed harassment complaint in the chairman’s office against the senior officer who passed inappropriate remarks against her. She claimed that the officer tried to sexually allure her and asked her to become his sexual acquaintance otherwise he will teach her a lesson. According to her, two other top officials (one of whom has left Pemra) were also present at the time of incident when the officer tried to allure her and asked her to go with him to Murree.

The alleged harasser claims that the female staffer is lying and this whole campaign against him is being run by his opponents within Pemra. He says since the summary of his promotion as executive member (senior-most position in Pemra after the chairman) is moved some officials from within the regulatory body have started a campaign against him. “When my rivals couldn’t find anything solid against me they started using women against me,” said the officer.

“The dispensation of justice is not the problem, lack of awareness against women harassment on workplaces is. Federal Ombudsman Secretariat on Protection Against Harassment (FOSPAH) decides the cases within two months. However one should be careful while dealing with such cases because recently there were three false cases of harassment. The process of filing the complaint on FOSPAH is easy and the secretariat contacts the victim within a day. The FOSPAH also ensures job protection of the complainant so that the harassment victim should not be victimised on later stages. In order to create awareness against harassment on workplace there is a need of effective media campaign. However, due to budgetary constraints, the Federal Ombudsman Secretariat cannot educate the masses on this issue properly.”

The complainant woman while talking to The News informed that she is a contingent employee and working as a daily-wager in Pemra as a receptionist-cum-telephone operator in the chairman secretariat. She joined Pemra in August 2019 and after every 89 days like every other contingent employee, her contract has to be renewed. Her contract was renewed for the first time in October 2019. In the mid of November, after almost two weeks of her contract renewal, the senior officer called her in the office of general manager (GM) to chairman secretariat at around 4:30pm after the chairman left his office.

“Two other Pemra officials were present in the office. One of the officials straightaway told me that the said officer likes you very much and wants to say something. After that the officer passed some sexual remarks and said he wants to take her to Nathiagali and spend some leisure time with her. He asked me to lose some weight so that he could lift me in his lap. I told the officer that I am not that type of girl. Upon my refusal he said to me to be a modern girl and that he is ready to perform a temporary Nikkah for few hours or days if I am ready to be his sexual acquaintance. At that time he said some other things which I cannot mention here,” she alleged.

“After my refusal to fulfil his sexual desire, he threatened me that he will make it difficult for her to continue her job. After this incident, he started scolding me in front of other staff on daily basis and passed derogatory remarks. At the same time, he continuously kept sending me messages through a female Pemra employee that he would make her life miserable in the institution if she doesn’t agree to what he said earlier. I thought this attitude of the officer is temporary but he continuously kept insulting me in front of everyone after that incident,” she said.

On January 10, when she went to his office, the officer said, “We are not satisfied with your performance. I gave you this job but you did not satisfy me.” After these remarks she decided to file the complaint against the officer because it is clear now that he is not going to change his behaviour.

“I had informed about his earlier sexual assault on me to the executive member (EM) but he then told me to ignore this. If my performance as an employee is not up to the mark then the department can issue the memo or warning. However, targeting a female employee only because she refused to fulfil someone’s sexual desire should not be tolerated. Chairman Pemra should hold an independent inquiry and there should be no influence of the officer then I am sure every employee of the organisation will testify against him because everyone is fed-up with him,” she remarked.

The News also contacted the woman from State Life who filed the first complaint against the officer. She informed that the senior officer did not harass her sexually, however, he insulted her and regularly passed derogatory remarks against her whenever she visited Pemra.

“I withdrew my complaint because my bosses asked me to do so otherwise we could lose business from Pemra. Although I did not receive any direct threat of losing the business but indirectly I was conveyed that Pemra might take back the entire business it is giving to State Life,” she said.

Talking to The News, the accused officer said the woman was lying because he never committed any such act. “I also have kids then how can I do such thing with anyone. This entire campaign is being run by my opponents who are jealous of me because my name has been forwarded for promotion to the rank of executive member,” he said.

“My job requirement demands me to be strict. May be sometime I dealt with some people strictly but this doesn’t mean I have harassed someone. There are 46 other female staffers but they never complained. I know who is doing this all. I know there are 12 people in the regulatory body who have issues with me. When they failed to find anything solid against me, they started using female card against me. I never sexually harassed anyone. The claims of both women are false,” he commented.