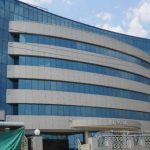 ISLAMABAD: The Human Rights Commission of Pakistan (HRCP) and 15 renowned journalists, anchorpersons and media analysts have filed a petition before the Islamabad High Court (IHC) against the Pakistan Electronic Media Regulatory Authority (Pemra)’s prohibition order to all TV news channels banning the broadcast of speeches, interviews and public addresses by proclaimed offenders and absconders.

PEMRA issued these directives after Pakistan Muslim League-Nawaz supremo Nawaz Sharif’s speech was live broadcast by the electronic media while he was addressing a multi-parties conference via video link from London in October.

According to the petition, it is the right of the petitioners and of the print and electronic media in general to express, publish, disseminate, relay and broadcast the views and words of any person, including a convict, proclaimed offender or an absconder.

“Is a convict, proclaimed offender or absconder deprived of the fundamental rights guaranteed by the constitution including the right to express, the petition asks.

It requests the court to declare PEMRA’s directives illegal. The IHC chief justice will take up the petition for hearing on Thursday (today).