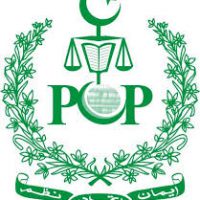 Speaking at the meeting veteran journalist, Zia Shahid said the media community has always struggled for the right to information, Freedom of Press and rights of its readers. He said the PCP is an independent, autonomous and self-regulatory body, which has redressed public’s concern and worked for the implementation of code of ethics in newspaper industry.

He said all the media stakeholders had unanimously rejected the concept of PMRA. He said the stakeholders are not opposed to improvement of institutions dealing with the media dynamics, but the only way of betterment goes through the Parliament.

Pakistan Bar Council representative Kamaran Murtaza said the Constitution of Pakistan provides solution to the difficulties being faced by the government. Anwar Sajidi, Shahzada Zulfiqar, Syed Haroon Shah, Khursheed Tanweer, Gohar Butt, Nasir Zaidi, Irshad Ahmed Arif, Maria Iqbal Tarana and others urged the government to enhance the capacity of PCP and other bodies instead of their dissolution.

The Council in unanimous resolution observed with great concern that the nominations sent to PCP by major stakeholders was though forwarded to Ministry of Information and Broadcasting for notifying same within stipulated period of 30 days, but the Ministry deliberately avoided doing so despite lapse of six months. The Council further observed that the Ministry is challenging the validity of Council due to non-issuance of notification. Thus the Council unanimously passed resolution that the stakeholders of PCP have exclusive authority to nominate members of their own choice, and the Ministry of Information and Broadcasting has no authority to raise objection upon constitution of Council and its decisions.

The Council further declared that the Council has been validity constituted, and the general meetings of PCP held at Islamabad on September 17 and December 28, 2018, and the decisions taken and resolutions passed in both the meetings are legal, valid and in accordance with relevant law. So the objection of Ministry of Information & Broadcasting is baseless and the Ministry failed to notify same under section 7(2) of the PCP Ordinance 2002, whereas the nominees are representatives of major stakeholders of PCP and this Council validates the same unanimously, and reiterates that the previous meeting held on 17-09-2018 is also valid and legal in which important issues mentioned in the agenda papers were unanimously approved and implemented, including the appointment of Registrar PCP.