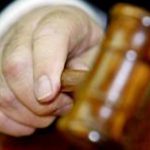 In a letter addressed to the Pemra chairman, Mr Shah warned that if the authority failed to ensure the media coverage of protests by the duly elected bar bodies against alleged unconstitutional pursuits of the government targeting the independent judiciary, the PBC would not hesitate to take an appropriate legal course against Pemra for its alleged blatant discriminating conduct which was in violation of constitutional provisions regarding freedom of speech and expression.

The letter recalled how the legal fraternity as a whole had strongly condemned the filing of “mala fide references” by the government against Justice Qazi Faez Isa of the Supreme Court and Justice K.K. Agha of the Sindh High Court in the Supreme Judicial Council (SJC).

It said all the bar councils and bar associations of the country were not only raising their voice against the “ill-motivated and mala fide” references, but also constantly observing strikes and holding sit-ins in the Supreme Court building, especially during hearings on the references by the SJC.

The letter added that it was a matter of grave concern that the lawyers’ voice and viewpoint expressed through their elected and genuine leadership were deliberately suppressed in the electronic and print media as due coverage had not been given to the events and functions held by the PBC, Supreme Court Bar Association, provincial/Islamabad bar councils and high court and district bar associations.

But contrary to such strikes, the PBC regretted, small events organised at the behest of the federal government by the individuals having no representative capacity were being given disproportionate coverage in the electronic media.

Thus Pemra, the letter said, was deliberately violating the basic right of the freedom of speech and expression of lawyers who were raising their voice for just and genuine cause of the independence of judiciary as guaranteed by the Constitution.