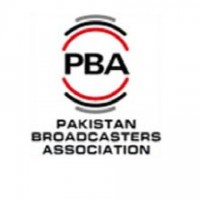 On March 17, IHC Justice Shaukat Aziz Siddiqui had appointed a committee under Pemra with the task to examine the contents of TV shows, dramas and advertisements.

Barrister Syed Ali Zafar on behalf of the PBA filed a petition in top court stating that Pemra could not act as monitoring police and impose as how channels should broadcast their programmes under the law.

The PBA made the federal government, Interior Ministry, Information Ministry and Pemra as respondents.

The petitioner in its appeal raised objections arguing that the court had no power or jurisdiction under the Constitution to become a regulator of TV programmes.

“Further, the committee constituted includes the government represented through the secretary, Ministry of Information and Broadcasting, Pemra represented through chairman and DG (Technical), the attorney general’s office through the additional attorney general and Ansar Abbasi, a journalist, thereby making it totally partial,” the petition contended.

It added that by constituting the committee to determine the question of obscenity, indecency or pornography, the IHC had acted contrary to the provisions of Articles 4, 9, 10A and 18 of the Constitution.

The barrister pointed out that the regulatory body was bound by the Code of Conduct 2015 under which media content was controlled by the broadcasters under a self-regulatory regime.

He contended that Pemra had breached the code of conduct and issued regulations to control and censor the media against the fundamental rights of the freedom of expression, the freedom of press and the freedom of information protected under Articles 19 and 19A of the Constitution.

It was contended that it was only during the dictatorial regime of General Ziaul Haq that such “arbitrary and whimsical censorship under the garb of indecency” was imposed on the media and the issuance of these regulations by Pemra was similar to it.

The appeal further contended that that Pakistan’s electronic media had fulfilled their role in ensuring that whatever was aired was in accordance with the culture of the country.

The petitioner submitted that the matter of controlling and regulating the media and the entertainment industry, and to determine what is immoral, obscene or what does or does not conform to Islamic values etc, are all matters of policy and fall within the domain of the Executive which must act in accordance with law.