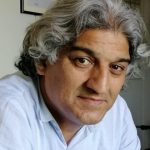 ISLAMABAD: The three-member Information Commission of Pakistan on Thursday allowed the appeal of former senator Farhatullah Babar against the Interior Ministry and ordered it to provide the CCTV footage of the kidnapping of senior journalist Matiullah Jan to the appellant.

Matiuallah Jan was kidnapped on July 21 last from near the Government Girls’ School G-6/1-3 in the federal capital. The next day, Farhatullah Babar, while invoking the Right to Information law, asked for the footage but even after several reminders, he got no response. Babar had pleaded that the footage would help him identify the perpetrators of the crime and the vehicles used in the kidnapping.

It also directed the respondent (interior ministry) and its attached departments, divisions or subordinate office to provide the “CCTV Camera Footage of Government Girls’ School G-6/1-3, Islamabad, showing kidnapping of journalist Matiullah Jan on July 21, 2020.” It directed providing the CCTV footage within 10 days of the receipt of the order and informing the Information Commission.

The order is written by Commissioner Zahid Abdullah and is signed by Mohammad Azam, Chief Information Commissioner, and Information Commissioner Fawad Malik. Dilating on the reasons, it said the requested information should not only be made available to the appellant as a right of access to information in matters of public importance under Article 19-A of the Constitution, but also as a statutory right under different provisions of the Right of Access to Information Act 2017. The public body is legally obligated to proactively disclose through its website the requested information under Section 5(1)(l) of the Act which includes camera footages at public places, wherever available, which have a bearing on crime, it said. As the respondent did not respond to the notices, the commission believes any ‘harm from disclosure outweighs public interest’ or vice versa as required under Section 7 (f) of the Act. If the disclosure may adversely impact the ongoing investigation, it said since considerable time has elapsed after the incident, the disclosure of the footage would not help those involved in the kidnapping. In fact, it may help in identifying those involved in the action. As such, the disclosure of the footage is in the public interest.