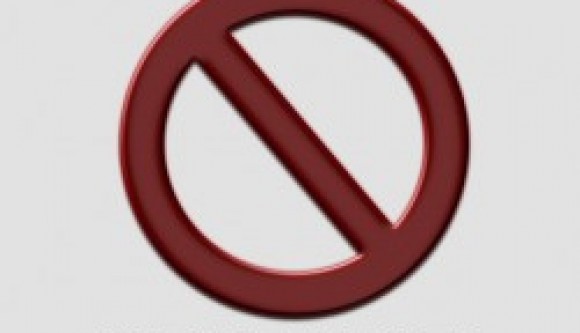 ISLAMABAD: In a nondescript, creeper-draped building in the capital of Islamabad, a small team of men is purging Pakistan’s Internet.

Shadowy government officials are blocking thousands of pages deemed undesirable. But they are not fast enough. So the government is now testing Canadian software that can block millions of sites a second.

The censorship helps shape the views of 180 million Pakistanis on militancy, democracy and religion. Online debates dissect attacks by US drone aircraft, the uneasy alliance with the United States and prospects for peace with arch rival India.

But activists say liberal voices are increasingly silenced, while militants speak freely. They worry customised filters will only deepen that divide.“Secular, progressive and liberal voices are being increasingly targeted,” said Shahzad Ahmad, the founder of Bytes For All, which campaigns for internet freedoms from a small, crowded office.

“Anything can be banned without debate.”An internet provider who declined to be identified said the number of banned pages doubled in five years, partly a reaction to cartoons or films offensive to Muslims.

In 2012, the government circulated a five-page document seeking filtering software. “Pakistani ISPs and backbone providers have expressed their inability to block millions of undesirable websites using current manual blocking systems,” the government said in the paper, a copy of which was seen by Reuters. It said it needed a system “able to handle a block list of up to 50 million URLs”.

Activists from Bolo Bhi, an internet freedom group whose name means “Speak Up”, said Pakistan wanted the strict online censorship practiced in its ally China.About 42 million Pakistanis can get online, the government says, and the Internet is one of the few places where they can speak freely, said Bolo Bhi director Farieha Aziz. Twitter helps voters reach leaders directly.

“Now Pakistanis can get direct access to politicians. Previously they were just on television, telling you stuff,” Aziz said.Bolo Bhi asked technology companies to refuse the bid and said US-based Websense, Cisco, Verizon, OpenDNS, and Canada’s Sandvine all agreed.

“Any company whose products are currently being used for government-imposed censorship should remove their technology so that it is not used in this way by oppressive governments,” Websense said in an open letter seen by Reuters.

Instead, Netsweeper took the contract, Citizen Lab said. Netsweeper has categorised five billion URLs and offers customised blocking and blocking by keyword, it says on its website.Activists say tests run to install the filtering system led to the temporary blocking of sites like Twitter, Facebook and Tumbler. State lawyers have referred to the tests in a court case in which the government is being sued by free-speech activists.

Many sites on human rights, news and religion are already permanently blocked.“The internet Pakistan is seeing is not the same as the rest of the world is seeing,” said Ronald Deibert of Citizen Lab.Pakistani officials decline to discuss Netsweeper, even with their own legislators.

“They told us they’d shelved it,” said legislator Bushra Gohar, who raised the matter in the National Assembly. “There are violent groups operating openly in this country and they want to ban objectionable content?”

Officially, only sites that are blasphemous, pornographic or threaten national security are banned.But pages banned in recent months include a Facebook group wanting to end the death penalty for blasphemy, a band whose song mocked the military, a site tracking sectarian murders, and pages a cleric who has spoken against sectarian violence, according to an official list seen by Reuters.

Hate speech denouncing religious minorities like Shias, who make up about 20 percent of Pakistan’s population, is freely available online. So are pages maintained by militant groups the Pakistani government has banned.

Lawyer Yasser Latif Hamdani, who is suing the government on behalf of internet freedom activists, said while some of the hundreds of web pages he had found blocked were pornographic, most were secular or sites belonging to religious minorities.

Last year, at least 325 Shias were killed, including children shot on their way to school. About 200 more were killed in twin bombings this year.

The government does not release statistics, but the Internet Service Providers Association of Pakistan said about 4,500 URLs were banned, including some websites like YouTube.

The Google-owned, video-sharing channel was blocked a year ago after clerics organised violent protests against an anti-Islam film posted on the site. Thousands of protesters armed with sticks and stones battled riot police in major cities.

Officials have said they hope the filters will help Pakistan to re-open YouTube, by blocking links to specific material and allowing the rest.

In the meantime, censorship is theoretically decided by the Inter-Ministerial Committee (IMC), a secretive body comprising members of the security forces, religious leaders and chaired by a secretary from the Ministry of Information Technology.

The secretary declined requests for an interview.But the committee only meets a couple of times a year, and the authorities are directing hundreds of pages to be banned each month, an industry official said.

Sometimes the IMC retroactively approved bans from the Ministry of IT- headquartered on the fourth floor of the nondescript brick building, said a government official who was not authorised to speak to the media. He could not say who added sites to the blocked list in the first place.