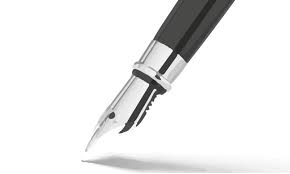 In March 2014, Pakistani columnist Raza Rumi was injured in a gun attack that killed his driver. Weeks later, Hamid Mir, star journalist of Geo TV, Pakistan’s biggest TV station, was shot six times. Luckily, both survived, and managed to avoid becoming part of a bleak statistic. Since 1992, 30 journalists have been murdered in Pakistan; 28 with impunity.

Against this backdrop, a group of experts on Pakistan and its media came together, under the auspices of the Commonwealth Journalists Association and the Institute of Commonwealth Studies at the University of London to discuss the threats facing the country’s journalists. In a discussion chaired by BBC presenter Owen Bennett Jones, former High Commissioner of Pakistan Wajid Shamsul Hasan, Kiran Hassan of the International Institute of Strategic Studies, BBC Urdu Service Editor Aamer Ahmed Khan, New York Times Pakistan Bureau Chief Declan Walsh and renowned journalist and author Babar Ayaz tried to answer the question, How safe is it to be a journalist in Pakistan?

Censorship in Pakistan used to be straightforward, explained Khan. Certain topics were simply off limits. Today, the situation is more complicated and more confusing. Threats to journalists and press freedom take many different shapes, and come from many different sources, including the government, extremists like the Taliban, the intelligence service ISI and powerful media owners.

There are currently 84 different cases against Geo TV, of which 53 are over blasphemy. You cannot defend yourself against that, said Khan. Ayaz raised a similar point when arguing that extremists are the biggest threat to the media. The government might put a person in jail, but these extremist groups will kill for their beliefs, Ayaz said.

While Geo TV and ISI have long been fighting behind closed doors, the case of Hamid Mir created an “open battlefield”, explained Walsh, who was expelled from Pakistan in May 2013. The station aired reports linking the security services to the attack.

Walsh also brought up the ownership issue within the Pakistani television landscape, which he says has gone from “zero to 100″ in the past few years. The country today boasts some 90 TV stations. Editorial control remains with media owners, according to Hassan.

But even journalists themselves did not escape criticism. Sections of the media are responsible for the current situation through irresponsible reporting, said Hasan. Quite a few were “playing with fire” by earlier glorifying the Taliban as peacemakers, he explained. Khan also highlighted corruption within the media as a “novel form of censorship”. However, as Khan pointed out, it is difficult for the Pakistani media to be responsible, without enabling them to be responsible. Most of the information that effects people’s lives is under strict control by authorities, he said.

Hassan, however, argued that there has been some progress. Journalists, and by extension the threats they face, are more visible and garner more attention today. She also pointed out that despite part closures, all Pakistan’s TV stations are still running. There was some talk of the role of media regulation in improving the situation, and Hassan said she had hopes for Pemra, the Pakistan Electronic Media Regularity Authority.

Yet, the overall conclusion was that Pakistan is not a safe place to be a journalist – illustrated well by Walsh explaining how, for the first time since he’s covered Pakistan, The New York Times recently had to use a pseudonym to protect their reporter on the ground.

Hasan summed it up: “The establishment doesn’t want the media to be as free as it can be.”

This article was originally posted on 24 February 2014 at indexoncensorship.org