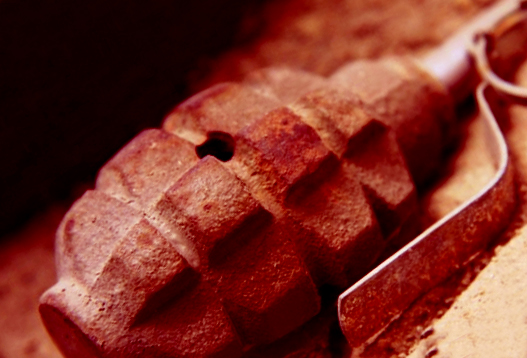 A Pakistani journalist escaped unhurt when a bomb exploded outside their home in Peshawar on Wednesday (2 July). It was the third attack on Jamshed Baghwan, the bureau chief of Express News, in four months.

He saw men who arrived on a motorcycle planting the bomb, enabling him and his wife enough time to take cover before the bomb went off.

A bomb was planted at his home in March this year, which was defused. A month later, masked men hurled a hand grenade at his house.

It was the fourth attack this year on a journalist associated with Express News, an Urdu-language TV news channel.

In January, three employees were shot dead in Karachi in an attack on a van. In March, presenter Raza Rumi was attacked in Lahore and his driver was killed.

The Pakistan Federal Union of Journalists accused the authorities of failing to protect Baghwan despite it having been targeted twice before. It said: “The attack has further increased the sense of insecurity among journalists as its shows that police are not taking the attacks on media seriously.”

The International Federation of Journalists (IFJ) also condemned the attack, saying it was deeply concerned by “the deteriorating security situation for journalists in Pakistan.”

The IFJ said: Pakistan’s journalists are confronted by a horrific situation: a disturbing spike in violent attacks on individual journalists as well as the ruthless targeting of specific news outlets. Decisive action must be taken to improve their security.”