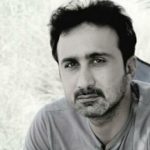 KARACHI: A journalist Sajid Hussain, formerly associated with The News in Karachi, has been missing since March 2 in Uppsala city of Sweden and his whereabouts are unknown yet.

Swedish Police have also been informed about Hussain’s disappearance and he was added on a missing person database on March 5. Stockholm Police’s spokes- person told BBC Urdu that law enforcement agencies have been probing his disappearance and will give his family further details on the completion of the investigation.

However, Hussain’s family and friends are showing concerns regarding Swedish authorities’ slow progress in locating his whereabouts.Hussain’s family members told The News that he was pursuing a Master’s degree at the University of Uppsala since 2017 when he moved to Sweden.

Journalist fraternity in Pakistan, particularly in Karachi, has also shown their concerns over Hussain’s mysterious disappearance and many of them on social media urged Swedish authorities to probe the case on a priority basis.

Saeed Sarbazi, Karachi Press Club’s vice-president, said that journalist groups in Pakistan strongly urged the Swedish government to deal with Hussain’s disappearance with utmost urgency. “Hussain was our fellow journalist and news of his disappearance in Sweden has depressed the journalist community in Pakistan,” he told The News.

Belonging to Balochistan’s Kech district, Hussain has worked with The News and Daily Times in Karachi in various positions. While in Sweden, he launched Balochistan Time, an online magazine, and was its editor. Hussain and Professor Carina Jahani, a Swedish linguist, were also working on a Balochi-English translation dictionary.