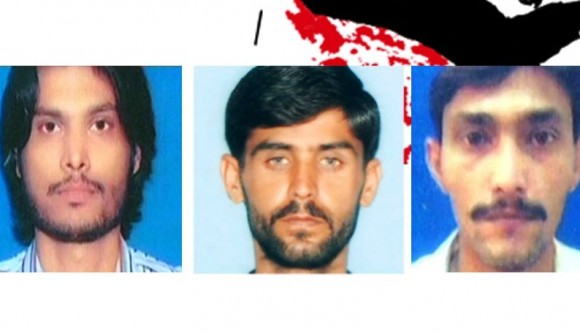 Those killed included Waqas Aziz Khan, technician; Muhammad Khalid, van driver; and Muhammad Ashraf, security guard. Khalid is survived by his wife and three children; Khan was the eldest of two siblings while Ashraf got married about three months ago. The government has announced compensation of Rs: 0.5 million for each victim’s family.

All three victims seated in front of the van were received bullets were rushed to the hospital where they were pronounced dead. “They were shot multiple times from close range and died due to excessive blood loss” said the medico-legal officer at the hospital.

Soon after the attack, in a live telephone call to the anchor person of Express TV, Ehsanullah Ehsan, former spokesman for Tahreek e Taliban Pakistan (TTP) claimed the responsibility of killings. He said “At present, Pakistani media is playing the role of (enemies and spread) venomous propaganda against Tehreek-e-Taliban. They have assumed the (role of) opposition. We had intimated the media earlier and warn it once again that (they must) side with us in this venomous propaganda.”

In response to the incident, government constituted a two-member committee, comprising the Minister for Information and Broadcasting, Senator Pervaiz Rashid and Interior Minister Chaudhry Nisar Ali Khan to contact media houses and journalists’ bodies to devise a strategy for security of journalists.

Protest demonstrations by the journalists, photographers, cameramen, leaders of political parties and activists of civil society were held on Jan 18 in Karachi, and many other cities and towns.
Speaking to demonstrators The Pakistan Federal Union of Journalists (PFUJ) Secretary General, Amin Yousuf condemned the incident and demanded immediate arrest of the killers and announced 10-day mourning during which black flags would be hoisted outside press clubs throughout the country.
He urged the Pakistan Broadcasters Association, the All-Pakistan Newspaper Society, the Council of Pakistan Newspaper Editors to chalk out a joint line of action to ensure safety of workers in newspaper organisations and TV channels.

Karachi Union of Journalists (KUJ) President G M Jamali while condemning the brutal killing of the media workers, said media is being targeted continuously but rulers were playing the role of a silent spectator.