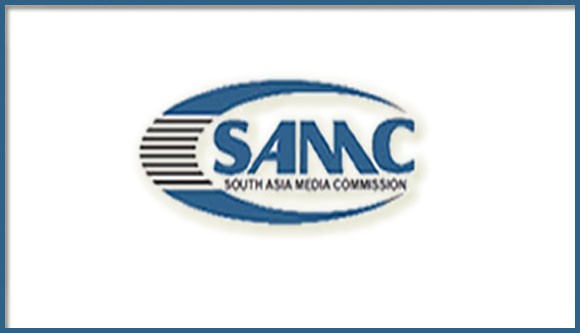 LAHORE: South Asia, the most volatile region, mourned the murder of 25 media persons, with Pakistan again remaining on the top with its 13 journalists losing their lives during 2012.

This has been stated in the South Asia Media Commission’s (SAMC) Media Monitor 2012 report which was made public by the body’s Secretary General M Ziauddin here on Sunday.

The report was simultaneously launched in all eight countries of South Asia. The launch, attended by senior journalists from all the four provinces and the tribal areas of the country, coincided with annual meeting of Media Commission-Pakistan, the local chapter of the SAMC.

According to the report, five journalists were killed in India, three in Bangladesh and two each in Nepal and Afghanistan. Though luckily no journalist was killed in Sri Lanka, Bhutan and the Maldives, media persons there continued to face professional challenges and hazards.

The media also came under scrutiny for laxity in professionalism in achieving accuracy and being unbiased. Despite the UN Security Council’s adoption of Resolution 1738 in 2006, which stressed the need to protect journalists in dangerous areas, violence against them, their physical security remained a major issue and one of the biggest threats to freedom of expression in most of South Asia.

The report said journalists in Pakistan faced pressures from all sides. Historically, it was the state power which curbed freedom of speech and attacked journalists. Now journalists are under attack from non-state actors also. Press freedom has made journalists more audacious in performing their job which, in turn, has also made them a very threatened lot. Killings with impunity aside, there have been various incidents of attacks on media houses and threats and violence against media persons with perpetrators remaining unscathed. There have also been reports of journalists sustaining injuries in protests and bomb blasts.

Violent protests that erupted against the anti-Islam film “Innocence of Muslims” in September took a heavy toll on media professionals in Pakistan. One media worker was killed and many others were injured as they covered the protests that turned violent in many cities of the country. Journalists were beaten and dragged by protesters who complained that they were not being given proper coverage.

Other than the physical threats, the pressures on the media are tremendous, the report says.

It says the ban on YouTube in Pakistan imposed on September 17 was meant to pacify incensed emotions following the release of the anti-Islam film. The knee jerk reaction served no purpose other than keeping citizens barred from accessing the service and using it for knowledge, it says, adding several proxy websites that allow users to bypass the ban soared following the imposition of curb.

To ensure a free and fair space for public discourse, the report suggests a participatory approach in drafting cyber laws. It also urges defining of the terms like “blasphemy,” “morality” and “national security”.

It deplores the government’s failure to introduce a reformed Access to Information law and repeal of other laws and regulations hampering media freedom. It terms the draft law to be presented in the Punjab Assembly quite prohibitive and unacceptable to the media and the people.

It also mentions federal government’s inability to deregulate the corporations running the state-owned media – Radio Pakistan, Pakistan Television. They have to be made autonomous and genuine public service outlets before the elections, it demanded.

It says journalists in Pakistan do not enjoy economic freedom, with owners holding strong sway over content and the marketing staff deciding the editorial content in many media houses. Most journalists work against inadequate salaries and have contractual jobs, it points out, saying these factors, too, undermined press freedom.

It lauds media in Pakistan for carrying out its public watchdog functions energetically, saying some negative trends must, however, be highlighted.

About electronic media, it says a lot of analysis by TV anchors is without any research backing it, suggesting the media organisations must get used to hiring experts instead of using non-expert political figures simply to save money.

The TV channels and the Urdu press have still to discuss the problem of terrorism in a balanced manner, the report points out.

Despite ample empirical evidence and daily violence against innocent people, worship places, schools, markets and most sensitive security installations, many media persons tend to obfuscate the reality with their speculative presentations and portrayal and conspiracy theories, it says.

Isolationism while discussing foreign policy and internal events with international effect like the Malala Yousafzai affair was allowed to be confused with farfetched erroneous linkages to the war on terror, the report says. A moral, social and political consensus needed on such occasions was thus undermined and the Taliban, who accepted the responsibility for the ghastly act, were allowed to run away with their incorrigible standpoint despite a heavy moral loss of the militant outfit, it adds. Even the role of UN was cast in a bad light by some of the discussants, it regrets.

It points out the elected government was exposed to a regular assault in the name of accountability by TV anchors who, it says chose to take sides in the discussions. It says the media was inexpert in handling the activism of the superior judiciary and failed in its duty of presenting an informed discourse on some of the judgments that “were more populist and political in nature” and created sharp divisions even among the juridical community. It took without demur the judicial intervention in setting standards of morality and piety in the media by curtailing entertainment after calling it ‘obscenity’, the report says.

No objective analysis is made of the inadequacy of the definition of obscenity in a state where people need entertainment while endangered by terrorism and suffocated by obscurantism, it observes. It says reporters are allowed undue exposure while expounding their political views in violation of the vows of neutrality of the media.

Similarly, it says, no informed debate is attempted on such matters as price-fixing by the judiciary. Nowhere is media dereliction more observable than in refusing to acknowledge that avoidance of subsidy is important for the survival of the economy, it adds.

It says the media errs by not first inquiring into the definition of the term before accusing the government of ‘bad governance’.

No distinction is made about corruption inherent to the system and its auxiliary personalized variant, the report mentions, adding the issue of corruption became an instrument in the hands of unscrupulous elements for mudslinging on the basis of speculations.

The topic of ratings is already bringing negative returns to the media in the shape of viewer cynicism. The biggest flaw in the media is the practice of sensationalism in crime, government, civil society and religious stories, it observes.

Unfortunately, the report says, the blackmailing aspects of some TV anchors have come to light and the viewing public has been afforded an opportunity to see the phenomenon on screen. But, instead of being subjected to accountability the offenders have been rewarded with better contracts, it deplores.

The report finds it ironic that sections of media are now in the forefront of imposing various kinds of restrictions and censorship on the media itself on ideological and cultural grounds, negating pluralism and diversity.

It terms insurgency-hit Balochistan and the northern parts of Pakistan most dangerous areas with a range of threats and trauma growing. Journalists in these areas had to steer a perilous course between hostile elements losing 13 of their peers, it says.

The report says in India five killings pointed to the dangers journalism faced apart from the constant pressure of commercialisation. Tensions persist in the conflict prone regions such as Kashmir. In the northeastern states, hazards for journalists seeking to balance their stories have increased from both the Maoist cadre and the security agencies. Also, journalists there have almost no professional security, it mentions.

In Afghanistan, the report says, journalism remained a hazardous pursuit with one journalist found decapitated and another killed in a roadside bomb blast. The Afghan media has grown rapidly during the last decade, courtesy mostly foreign funding, it adds. It says with the endgame being near several media outlets have closed in the country. Uncertainty allowed little in the way of public-spirited journalism to take root or grow there, it adds.