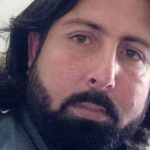 (MENAFN – Tribal News Network) BARA: A journalist from Khyber tribal district was killed in a quarrel with Afghan refugees on Saturday.

TNN correspondent reported that Bara Press Club member Hidayat Shah Afridi had a quarrel with Afghan refugees outside his residence in Asad Town. During the quarrel, the journalist was allegedly hit by the refugees in his head with bricks due to which he sustained serious injuries.

The neighbours of the journalist immediately shifted him to Hayatabad Medical Complex (HMC) Peshawar where he succumbed to his injuries during treatment. The body was handed over to the heirs after post-mortem.

The relatives of the slain journalist have called upon the concerned authorities to take action against the accused involved in his murder. The relatives alleged that the murderers are currently the residents of Asad Town.

Members of Jamrud Press Club have strongly condemned the murder of journalist Hidayat Shah Afridi and demanded strict action against the culprits. The journalists said they will hold protests if immediate action was not taken against the accused killers.

Ajmal Khan Wazir said the provincial government will provide financial support for the treatment of the illness.

The chief minister’s adviser said that the provincial government highly values the journalist who has been serving the people through journalism for more than two decades.

Mr Wazir said the KP government has taken many steps for the welfare of journalists. He said that the government would continue to work for the betterment of the journalist community in the future as well.

Journalists working in most of the media organisaations in KP don’t have the facility of health insurance or refund of medical bills due to which they face immense financial pressure whenever there is some medical problem to them or members of their family. Very few media outlets are paying salaries to employees, and the rest, including some big names, keep the salaries pending for several months. In such a situation, the journalists always look towards the government help in cases of emergency.