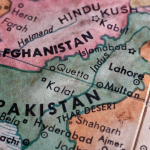 Media and human rights groups including IFEX members condemn Pakistan’s decision to prevent the entry of Steven Butler, who was scheduled to speak at a human rights conference

On 17 October the Committee to Protect Journalists (CPJ) Asia Program Coordinator Steven Butler was refused entry into Pakistan, despite having a valid visa. Butler was told by airport authorities in Lahore that his document was voided because his name was “on a stop list of the Interior Ministry.”

Butler was expected at the Asma Jahangir Conference, the largest annual gathering of human rights advocates in Pakistan. The conference is named in honour of the prominent activist who campaigned for women’s equality, due process, and the strengthening of democratic institutions. This year’s theme is the promotion of “a more tolerant and democratic South Asia.”

CPJ’s executive director Joel Simon described the decision by Pakistani authorities as “a slap in the face to those concerned about press freedom in the country.” He asked authorities to provide a full explanation of their decision to bar Butler and correct this error.

Owais Aslam Ali, secretary general of the Pakistan Press Foundation (PPF), pointed out the irony that Pakistani officials have in fact been quoting CPJ reports in recent months about the impact of the communications blackout and other media restrictions in India-occupied Kashmir. He echoed the warning of other media groups that the action by immigration authorities will damage the image of Pakistan as a country committed to respecting freedom of the press.

Butler himself points to the bigger issue: “It would be speculative for me to say why I was stopped. In any case, local journalists bear the brunt of the crackdown. It’s certainly getting worse for them.”

There are indeed rising incidences of violence against the media in the country. You can read more about the state of free expression and press freedom in Pakistan here.