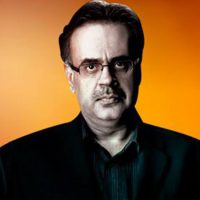 ISLAMABAD: The Islamabad District Court, on the request of the Federal Investigation Agency (FIA), has issued non-bailable warrants for arrest of Dr Shahid Masood, a TV anchorperson and former chairman of Pakistan Television, for his alleged involvement in embezzlement of Rs38 million.

According to the prosecution, Dr Masood had signed an agreement with a fake company to negotiate with the Pakistan Cricket Board for grant of rights to the PTV for coverage of matches played in Pakistan. Because of the agreement, the PTV had to face heavy losses.

According to an application submitted by the FIA and available with Dawn, the court was informed that Dr Masood had been asked several times to join the investigation, but he never turned up.

The court was requested to issue non-bailable warrants so that the investigation was completed.