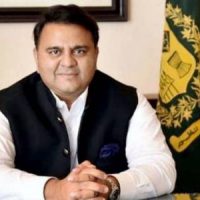 ISLAMABAD –   The federal cabinet Thursday approved formation of a new Media Regulatory Authority in consultation with the journalists’ associations.

Federal Information Minister Fawad Chaudhry said media representatives will be consulted on the new body. “The cabinet has approved steps for constitution of a new Media Regulatory Authority. Consultation with journalists’ associations has been recommended,” he told journalists after the cabinet meeting chaired by Prime Minister Imran Khan.

The Pakistan Tehreek-e-Insaf-led government has been considering to establish a new regulatory authority to monitor electronic, print as well as social media.

“This would be done by merging all existing rules and acts related to Pakistan Electronic Media Regulatory Authority, Press Council of Pakistan and Pakistan Telecom­munication Authority,” he said.

The government says that under the proposed regulator, one-window operation will be introduced to address complaints and other regulatory aspects related to the media.

Quoting the PM, Chaudhry said it was the duty of government to protect the lives and property of the people. “The government is determined to ensure exemplary punishment to those responsible for Sahiwal killings,” he added.

The information minister said it had been decided to merge Earthquake Reconstruction and Rehabilitation Authority into National Disaster Management Authority.

He said Pakistan was being opened for the world for the first time, with mega changes in visa regime in the coming days.

The minister said a sum of $58 million had been approved for Pakistan Mortgage Refinance Company. “This will also ensure finance for Naya (new) Pakistan House Scheme of the government,” he said.

The cabinet considered a 17-point agenda. The meeting discussed overall political and economic situation of the country.

The PM and his team expressed the hope that the economic reforms package and recommendations for mini-budget will help improve the economy.