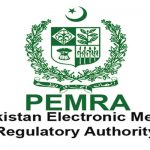 This government is at it again. Prime Minister’s Adviser on Information Dr Firdous Ashiq Awan told journalists that the Prime Minister has given a task to the law minister to sit with the Pakistan Electronic Media Regulatory Authority (Pemra) officials to finalise draft of a law to curb media coverage of convicts and absconders. Without taking any names she said, “Unfortunately those convicts and absconders who looted public money are glorified in the media as they frequently come on TV and claim to be innocent and criticise the government and its policies.” It is the desire of the Prime Minister, she went on, that the proposed law placing curbs on media coverage be applied across the board. It’s been quite a while though since (August 2017) former military ruler Gen Pervez Musharraf (retd) was declared an absconder by an anti-terrorism court in the Benazir assassination case, yet he has been frequently appearing on TV channels, claiming his innocence and making critical comments about policies of the previous government with which he had scores to settle.

The present move obviously arises from partisan considerations, and is directed at opposition leaders, especially PML-N and PPP leaders. The media in this country has strived long and hard for freedom of expression, and is mature enough to know what may or may not be given TV or newspaper coverage. But the ruling PTI is insistent on controlling the media. During the recent months, it has been trying to establish, albeit unsuccessfully, special tribunals, ostensibly to address media-related complaints in a speedy manner – over and above the existing laws and media complaints forums – but in effect to rein in non-conformist publications and TV channels, all already subject to ‘advisories’ and other arm-twisting methods. Pemra also issued an order – that had to be withdrawn perforce – to media houses to forbid anchors from appearing as discussants in programmes of other TV channels to express personal opinions on any issue.

It is unfortunate that a democratically-elected government should make repeated attempts to control the media. All the more so, considering that during his last September’s visit to the US, Prime Minister Imran Khan, when confronted with a question about increasing censorship, rejected the ‘perception’ saying he in fact was a beneficiary of independent media’s growth, which helped him to mobilise public opinion in his party’s favour when it did not have the resources to publicize its message. Given that experience he should be more tolerant of criticism. In any event, the effort to muzzle freedom of expression is not going to succeed. Various media organisations have made it known that they would offer stiff resistance to all such unsavoury moves. The PM and his men will be well-advised to understand that in a functioning democracy, the government and the media have an adversarial relationship. As society’s watchdog, journalists are duty-bound to point to acts of omission or commission at all levels of government. There’s no concept of democracy without a free and vibrant media.