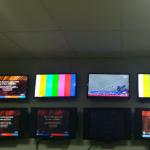 An announcement has been made regarding the establishment of a broad-based and comprehensive organisation named the Pakistan News Media Association (PNMA). Zia Shahid has been appointed the chairman of the organising committee for the new entity. As per the plan, the committee has been tasked with framing a constitution for the PNMA as well as a complete membership process within three months. According to Zia Shahid, the PNMA will consist of editors, television anchors, digital media, columnists, article writers, advertisers and intellectuals.

A large number of people associated with newspapers, television, radio and digital media platforms participated in a meeting at the Avari Hotel in Lahore and subsequently announced their decision to establish the Pakistan News Media Association. The session was held as a continuation of the ‘Pakistan Media Convention’, an earlier event organized by the Council of Pakistan Newspaper Editors (CPNE) in January, 2019. A memorandum approved at the time of the formation of the PNMA stated that the role played by the media in social, economic, political and family lives in the country had taken a crucial turn due to fast-paced development, modernization and innovations in technology.

It added that an independent, stable and functional media had become an indispensable element of society and the national economy as well as becoming an essential element in the provision of basic human rights in the country. An independent, active and stable media, it continued, is also crucial for the evolution of social and family values and an improved standard of living, thus necessitating the need to equip the media with all necessary tools, skills and human resources. The PNMA is being set up, it further said, to promote coordination, cooperation and networking among people working in the different categories and sub-sectors of the media industry.

As per the memorandum, modern technology, new trends and innovations in production methods point toward the need for a broad-based and comprehensive platform as each of the media categories had its own and unconnected organisations without having a single forum that could effectively and unanimously represent the Pakistani media as a whole.

The memorandum, in addition to stating the basic mission of the PNMA, stated that people from all strata of the media would have the same status and position at the forum. The session also saw the formation of the organising committee comprising 35 members and headed by Zia Shahid as its chairman. After the committee completes its membership process within a period of three months, the PNMA is to formally hold its elections. Members of the Council of Pakistan Newspaper Editors (CPNE) have agreed to help the newborn organisation with its secretarial services.

Organising committee head Zia Shahid said that editors from top dailies in Lahore and Karachi as well as television anchors, columnists and owners of a few television channels had expressed their desire for membership in the organisation. These included Ejaz ul Haq, Jabbar Khattak, Irshad Ahmed Arif, Kazim Khan, Imtinan Shahid, Rehmat Ali Zari and Ali Ahmed Dhallo while renowned television anchors from Islamabad including Dr. Shahid Masood, Hamid Mir, Javed Chaudhry and Sardar Khan Niazi have also expressed their interest in PNMA membership. Earlier, CPNE President Arif Nizami, while announcing his own membership in the PNMA, invited editors, television anchors, owners of television channels, columnists and writers to join the association, adding that the PNMA respected all existing platforms for journalists and welcomed the establishment of a comprehensive organization for the media industry.

The CPNE secretary general also expressed similar thoughts and said that the association, for the first time, had included the heads of all press clubs including the Islamabad, Lahore, Karachi, Quetta and Peshawar press clubs so that the organization emerges as a powerful entity. Some people belonging to the advertising sector have also expressed support for the PNMA. The PNMA is also scheduled to appoint its senior vice presidents after it holds its countrywide elections in three months’ time.

The Pakistan News Media Association will be the first media organisation in the country to bring all editors, television anchors, the digital media, columnists, article writers, advertisers and intellectuals under one umbrella which would enable them to effectively play their role in the development and prosperity of the media industry.