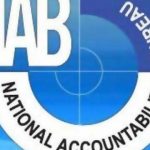 ISLAMABAD: Showing an indecent haste to arrest Jang Group’s Editor-in-Chief Mir Shakil-ur-Rahman, the NAB has violated its own guidelines issued on Oct 8, 2019 for summoning businessmen in the NAB cases.

The guidelines, issued with the signature of DG Operations Zahir Shah, envisaged a procedure to be adopted to proceed against a businessman but in the case of Mir Shakil the guidelines were completely disregarded. According to the NAB document: “The Chairman NAB has directed that businessmen will not be called for appearance through telephone messages. In case of requirement the following procedure will be adopted:-(A). Notice covering the details and reasons for alleging the person in the case will be issued for provision of written reply. (B). After receipt of reply if the same is found unsatisfactory or needs further explanation a questionnaire will be delivered. (C). The DG Regional NAB will examine the reply of each question and if found unsatisfactory, the businessman will be summoned for personal appearance as per law and SOP.” In the case of Mir Shakil-ur-Rahman this procedure was not followed. He was summoned last week for the first time on a two-day notice without serving him with any questionnaire and waiting for any reply.

When Mir Shakil-ur-Rahman appeared before the NAB last week, he submitted a two-page explanatory statement. The NAB officials refused to receive his statement despite repeated requests. Then Mir Shakil requested the Bureau officials to provide him with a written questionnaire. The NAB official refused to give him any written questions. In the end, Mir Shakil asked the NAB to at least dictate the questions so that he could prepare his replies when he returns again on March 12 after examining the 34-year-old record. It was thus Mir Shakil himself who noted down on a piece of paper what he was verbally asked to.

After returning, Mir Shakil went through the old record, collected documents and prepared written answers and explanations to NAB’s questions along with supporting documents. But on Thursday before Mir Shakil-ur-Rahman could even enter the NAB office with his answers and documents, the NAB chairman without hearing his explanation or examining the documents had signed his arrest warrant.

The NAB guidelines say that after receipt of reply if the same is found unsatisfactory or needs further explanation, a questionnaire will be delivered. The guidelines add that the DG Regional NAB will examine the reply of each question and if found unsatisfactory, the businessman will be summoned for personal appearance in accordance with the law and the SOP. It clearly appears that Mir Shakil’s arrest order were signed and issued by the chairman NAB “before receipt of his reply and without following the procedure he himself had prescribed for his regions to comply.”