Home » Featured » Missing journalist appears after being dropped near airport 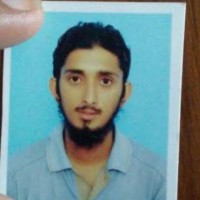 KARACHI: After almost 20 hours of forced detention, captors released on Monday the journalist who had been whisked away on Saturday night.

Abdullah Zafar, a staff reporter at The Nation, was taken away during an overnight raid at his house in Lawyers Society, Scheme 33 in the Sacchal area of Karachi. He was then shifted to an undisclosed location and his whereabouts were unknown until his release.

Security personnel in plainclothes dropped him near Jinnah International Airport in the early hours of Monday. “I do not know who they were, why they picked me up or where they kept me detained,” said Zafar after his release.

“Initially they beat me badly and later tried to torture me psychologically,” Zafar narrated his ordeal. “They kept asking my life history and checked my social media accounts.” He added that he had no idea where he was kept but it seemed that it was an underground place.

Zafar further revealed that before freeing him, the captors told him that they had detained him mistakenly. “They took me blindfolded in a vehicle and dropped me near the airport,” he narrated. “Then I reached the home via rickshaw.”

The Karachi Union of Journalists and other journalists’ bodies had condemned the Zafar’s abduction and demanded the authorities take action for his recovery.

The Nation: The Nation reporter released after 20 hours detention