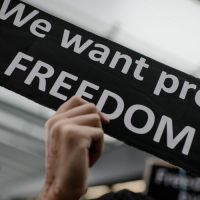 Speaking on the occasion, Provincial Minister said that PPP is always supported the cause and struggle of journalist community to strengthen the journalists organisation, bodies and democratic trends in the journalists, hoped that it would be continued.

He reiterated the policy of PPP to safeguard the rights of journalists and played a positive role of media in democratic process. He assured that all their genuine matters and issues would be resolved on priority basis. Remaining matters would be expedited with their support and cooperation.

Secretary Information Imran Atta Soomro has also appraised the progress of Health Card for Journalists and said that it would be finalized in couple of days shortly to fulfill the commitment of the PPP and the government of the day especially Syed Nasir Hussain Shah, since became the Minister Information with the journalists.

The Minister has also assured that Residential Schemes, grant and other matters would also be resolved on priority, in this regard a joint meeting will be arranged with Minister LG Jam Khan Shoro very soon to settle the issue on priority.

Office bearers and members of Governing Body has also thanked the PPP and the government to continue the support and help of journalist community at large and hoped that all issued would be resolved.

Furthermore Provincial Information Minister also met the protesting Police officials outside the KPC. He remained with them for some time and they apprised him about the issue of termination from services and nonpayment of salaries since two years. Nasir listened the protesting police officials grievances and assured that their issue of termination from services and nonpayment of salary would be judiciously resolved as the Chairman Bilawal Bhutto Zardari took notice and Sindh Chief Minister Syed Murad Ali Shah has already directed to resolve the issues judiciously after scrutinized the facts of the matter.

He further said the PPP is always providing employment to the needy people, never grab the employment opportunities, but it would be resolved after completing formalities transparently.