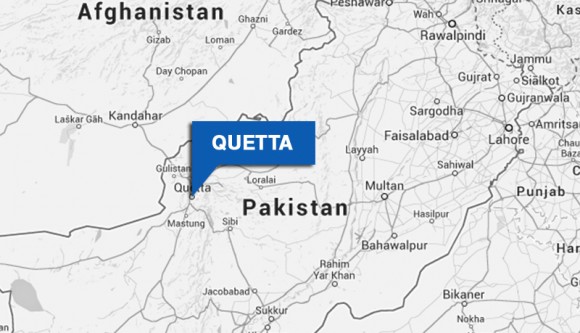 QUETTA: Journalists and other media workers held a demonstration here on Sunday in protest against the killing of Irshad Ahmed Mastoi, general secretary of the Balochistan Union of Journalists (BUJ), and his two colleagues, and the failure of security agencies to arrest their killers.

Mr Mastoi, reporter Abdul Rasool and accountant Mohammad Younis of Online news agency were gunned down at their office on Aug 28.

Carrying banners and placards, the media workers marched through different roads of the city and later gathered outside the press club where they raised slogans against the government and security agencies.

The protesters announced that press clubs across the country would remain closed on Monday in protest against the killing of journalists.

They said journalists were being targeted all over the country but the provincial governments had failed in arresting their killers. The country’s intelligence agencies had adequate resources and they should arrest elements involved in the killing of journalists, they added.

They criticised the Balochistan government over its failure to form a media commission for investigating the murders of journalists in the province. Over 40 journalists have been killed in Balochistan over the past five years.

They said journalists would continue their protest until killers of the three media workers were arrested. Reporters from Khuzdar, Kech, Panjgur and some other towns of Balochistan said it had become difficult for them to report impartially the incidents of violence in their areas.