Home » Featured » ‘Media under threat from both right- and left-wingers’ 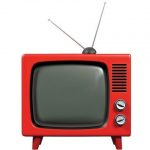 KARACHI:In the pecking order of modern threats to free media, the rise of populism, and the uninterrupted flow of misinformation are right on top.

During a wide-ranging interview with the Express Tribune, German broadcast journalist, and the Director-General of Deutsche Welle (DW), Peter Limbourg cautioned freedom of speech is under sustained assault by the rise of populism.

“Freedom of speech is in danger because populist leaders separate people and societies by twisting facts,” Limbourg warned, adding that the threat is growing.

Limbourg believes populist leaders pose a threat to news organizations. “They counter facts with alternative facts. They deliberately ignore history and play on emotions to get their point across,” he said. And this, he said, is a challenge for journalists.

Limbourg said news outlets face pressure from both sides of the political fence. “It is not just right-wingers but also left-wingers who threaten free media,” said the head of German state-owned public broadcasters DW.

Around the world, he said, a persistent campaign is being waged to target journalists only because they play a vital role in exposing uncomfortable truths and holding power to account. Journalists, he said, are being intimidated into silence by states in some parts of the world.

Pointing towards the growing violence against media workers, he said: “It is a very dangerous profession. Media workers risk their lives in many parts of the world while doing their jobs.” But even while it is getting difficult to perform duties as a journalist, Limbourg said: “It was and is a great profession.”

Thanks to the internet, he said, “Information that decades ago might have been consumed by relatively few can now reach millions of people around the world in a matter of minutes.” Sadly, Limbourg said, this is also true for misinformation. “This has become a growing problem, with serious consequences.”

However, he said news driven by facts will always have a future. “Fake news has always existed, but the internet allows fake news an opportunity to spread easily,” he said in a response motivated by realistic optimism.

On reporting challenges from Asia, where the German broadcaster claims to have an audience of 31 million weekly consumers, Limbourg said it was not easy to report on Kashmir under the information blockade.

“We just report whatever is happening in Kashmir or try to report what is going on, because at the moment it is difficult to look into the Kashmir side in India,” said Limbourg, who also stopped by in New Delhi to expand DW’s presence in India.

Close to home, Limbourg listed the refugee crisis as a critical topic to cover. “Immigration is a critical topic for the audience in Europe and those who plan to move to the continent,” he said. “Our job is to report the reality and prevent propaganda from spreading,” Limbourg added.

The head of the German public broadcaster said consumers must trust information only after they have verified the source. And that, he said, is the only way to prevent the spread of misinformation. “Consumers need to check where the information is coming from,” said Limbourg.

On covering US President Donald Trump, who is an avid Twitter user, the DW chief said: “We analyze his tweets. Mr. Trump would like the world to report on all his tweets.” “He says so many strange things, and they don’t have to be reported,” he quipped.

Towards the end of the interview, Limbourg also praised journalists in Pakistan. “They work in such extreme conditions, and the odds are always against them. I salute their courage,” he said.