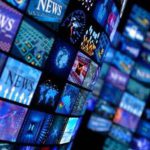 Prevention of Electronic Crimes Act, 2016 (PECA) is just an addition to the already existing laws that are often used against the media and journalists; laws that allow the government of the day and the state to resort to newer tactics of censorship without having to use muscle power.

To this day, no one knows about the dozens of plainclothes people who stormed the house of Jang correspondent, Matloob Hussain Moosvi, on March 30. IGP Sindh, Kaleem Imam claims he has no clue about it except that the journalist was missing and the family had lodged a complaint.

Among the existing laws, there is Press, Newspaper, News Agencies and Books Registration Ordinance, 2002 which is likely to come into effect with more restrictions as reflected in the new drafts pending at the Centre and in Sindh (both drafts had been withheld owing to timely protests).

The Anti-Terror Law, Sect. 11(W) takes into account “printing, publishing, or disseminating any objectionable material to incite hatred or giving projection to any person convicted for a terrorist act or any proscribed organisation placed under observation or anyone concerned in terrorism”. At least, nine newspapers in Quetta have been facing cases for publishing the statements of outlawed groups for the last few years. The editors pleaded in the court that they were facing threats from these proscribed organisations if they refused to publish their statements. If found guilty under this law, the punishment is five years in jail.

The MPO, Sec. 6 is considered necessary to prevent or combat activity prejudicial to public order. This includes power to control publications, prohibit printing or publications.

PEMRA, supposed to be an independent body under the law, in reality, always acts in accordance with the wishes of the state and government of the day. There are at least six such clauses in the Pemra Act which are liable to be misused and meant to curb the electronic media.

Besides, the hidden powers can always use their influence and muscle power on the cable operators to pull any channels off air or shuffle their numbers in a bid to keep their transmission from easy surfing.

A recent notification by Pemra asked television channels to get prior approval from the ISPR in case they wanted to discuss security matters, or invite a defence analyst. Secondly, “if they invite retired officers to speak on political topics, they should address them as political analysts.” It is now learnt that the notification was withdrawn after sections of retired officers raised objections.

There are other laws as well which could be used against the media for ‘offences’ that fall under ‘obscenity’ Sections 292, 293 and 294 of CrPC. Interestingly, while the term obscenity is not defined.

In the last seven months, over 1,000 journalists and media workers have lost their jobs. Some media outlets closed down different operations and converted their main offices into bureaus.

I belong to a school of thought that believes in journalism with responsibility, strong professional editors for print and director news for television. Keeping in view how the said laws could be misinterpreted and misused, the Pakistan Federal Union of Journalists (PFUJ), in 2008, proposed a ‘Media Complaints Commission’, an independent forum to be headed by a retired Supreme Court Judge.

PFUJ has always been in favour of strong and effective defamation laws, instead of letting the state use its muscle against the media. Unfortunately, this is an era of corporate and social media in which the government and state have enhanced their control over the media. The voices of dissent are silenced on social media through laws like PECA and ‘undeclared’ censorship.

In the coming months we may see a new wave of terror against the media and journalists in different forms. The power to resist has weakened among journalists. There is division in their rank and file. There are ‘economic sanctions’ too, like reduction of salaries, change in the mode of employment from regular to contractual.

In the last seven months, over 1,000 journalists and media workers have lost their jobs. Some media outlets closed down different operations and converted their main offices into bureaus. The ‘newsrooms’ of many newspapers and TV channels have also shrunk. Post-2001 media saw tremendous growth, which in the last 18 years is said to have uplifted the economic conditions of some 30 percent journalists. All romance and glamour associated with the media is gone now.

Many journalists have switched to digital media, relying on their own individual voices. These are one-person institutions, which in some cases are exposed to risks and dangers. The media houses that once used to act like a ‘family’ where the editor would take ownership and responsibility of whatever was printed, have been replaced by corporate leaders who attach more importance to market returns rather than ethics, and need actors rather than journalists.

The government defends the changing trends in the media, and believes that almost 60 percent market has been captured by the digital media. No wonder the Federal Information Minister is keen on opening a digital media university. Yet, no one wants a ‘free’ or autonomous state-run national television and radio.

The laws to curb media and journalists exist despite the general growth and rise of media in Pakistan. Like good and bad terrorists, there are good and bad journalists in the eyes of the government. Those who fall in the ‘bad’ category are not invited to official briefings, particularly those related to sensitive security matters.

It is in this backdrop that six journalists, who in their individual capacity had replaced their profile photos on social media with Jamal Khashoggi during the visit of Saudi Crown Prince, are now facing an FIA inquiry on an official complaint from the Ministry of Interior. The prime minister holds the portfolio of Interior. When contacted, Director General FIA, Bashir Memon, confirmed that an inquiry is underway as they have received an official letter from the Ministry of Interior. “We are holding an inquiry under PECA,” he said. “Journalists will be asked to record their statement as the letter contains the text of their views on social media in this particular case.”

Jamal Khashoggi, a Middle East Eye and Washington Post correspondent, was murdered in Istanbul, in October, last year. Pakistan government had distanced itself from the whole episode while the PFUJ, affiliated with International Federation of Journalists (IFJ), had joined in the global protest.

The FIA has not officially summoned the journalists so far, or issued any further order but sources claim its cyber wing is monitoring their social media accounts. In other words, they are under ‘surveillance’. No less sinister is the FIR lodged against Shahzeb Jillani, senior journalist and executive producer of a news show on Dunya.

Ironically, PECA was passed a few years back with consensus but certain political parties that favoured the law are today protesting over the misuse of power by the Interior Ministry and FIA, especially against journalists and social media activists.

The Federal Information Minister Fawad Chaudhry is keen to bring the print, electronic, and digital media under control of one body called Pakistan Media Regulatory Authority, PMRA. If approved by the parliament, all forms of media will be controlled by the state although Chaudhry claims it will be an independent body whose members will be picked by the government.

When Musharraf imposed his ‘Emergency Plus’ on Nov 3, 2007, he also banned the electronic media against which PFUJ launched an 88-day movement. Not many people know that during that period the government even used the Ministry of Commerce to restrict the import of equipment used for reception, broadcast, and distribution of satellite signals pertaining to the field of electronic media. The purpose was to prohibit the viewers from using dish antennas during the ban on TV channels. An Import Policy Order was amended just to check the media under which prior NOC was required from PEMRA.

Late Zamir Niazi wrote four books on the plight of Pakistani media — Press in Chain, TheWeb of Censorship, The Press Under Siege and Fettered Freedom. I wonder if he was alive today, what would the title of his books look like — Media under Musharraf, and Curbs in Naya Pakistan.