Home » Featured » Media freedom should be exercised with responsibility: minister 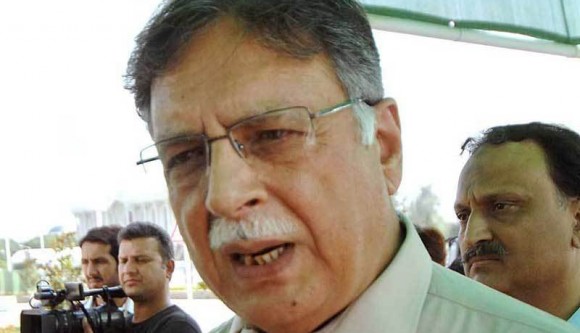 ISLAMABAD: Information Minister Pervaiz Rashid has said that the government believes in freedom of expression but it is the need of the hour to exercise this freedom with utmost responsibility.

Talking to reporters after visiting an expo at the Pak-China Friendship Centre on Sunday, he said the government was committed to protecting media freedom but it was also a prime responsibility of journalists and media organisations to safeguard the freedom through responsible conduct. In reply to a question about Geo TV, the minister said that since the issue was being looked into by the Pakistan Electronic Media Regulatory, he would not pass any comment.

Mr Rashid said the government wanted to resolve such issues through consensus so that it could concentrate on real problems facing the country like terrorism, poverty and unemployment.

Answering a question, he said cable operators should not take law in their own hands by imposing ban on any TV channel.

He said the Pakistan Tehreek-i-Insaf had failed to deliver in Khyber Pakhtunkhwa and called upon the PTI leaders to focus on the issues of the province.

Earlier speaking at the exhibition, he said fees of needy students of MA, MPhil and PhD would be paid by the government so that they were not deprived of higher education. He said 100,000 laptops would be distributed among students on the basis of merit.